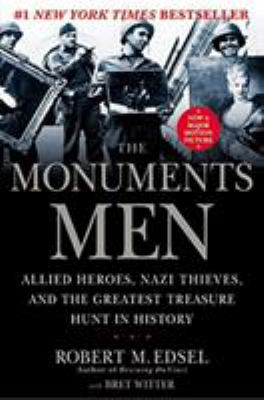 I am one of those people who understands history through art. Partly for the classic idea that “a picture is worth a thousand words”, but also because the concept of “this artist made this during this time while these things were happening” just somehow clicks with me. To me, art IS history, so I am always a bit baffled when I hear other people snicker or gripe at stories that come out about people who make heroic efforts to save a piece of artwork as if the idea that a person would put themselves in danger to save history is somehow silly. I am also one of those people who understands things by relating them to movies made in the 1980’s. And thanks to the Back to the Future Trilogy, those of us living in the twenty-first century should all now be fully aware of how saving history will also save our future.

But alas, earwax! The Back to the Future Trilogy did not exist during World War II! Can you imagine telling a Superior Officer in the military (who has no IDEA what Jan Van Eyck painted, nor what song Marty McFly sang after his parents’ first kiss) that he needs to set free a recently captured group of German Soldiers because a German Monk told you that they are the only men trained to keep a historical church from catching on fire from the bombs the Allies are still blasting at the city? Yeah, he may not take it that well…

Luckily, the small group of men and women assigned to the MFAA, the Monuments, Fine Arts, and Archives Division, understood the importance of their job even when others did not, and were able to save the history (and thus, the culture, spirit and future) of Europe from total destruction. Their story, after being forgotten for many years, is finally receiving worldwide attention thanks to the wonderful book by Robert M. Edsel (with Bret Witter), The Monuments Men : Allied heroes, Nazi thieves, and the Greatest Treasure Hunt in History and the new movie based on Edsel’s book, Monuments Men, directed by and starring George Clooney.

Led by George Stout, an art conservation pioneer from Iowa (and who Clooney based his fictional film character on–Learn more about George Stout here: http://bit.ly/MeLsKn), the MFAA members managed to protect historical world sites from unnecessary bombings, repair sites damaged due to necessary bombings, protect priceless cultural items from looting by both the Nazis and Allies, and track down and conduct emergency conservation efforts on millions of items stolen by the Nazis and return them to their rightful countries and owners, including those owned by Germany. And here is the super amazing part, although the MFAA would eventually include hundreds of members (still a very small amount compared to the millions who served during WWII), the Monuments Men numbered UNDER TEN MEMBERS during their most critical period to save all of the art in NORTHERN EUROPE (and unlike in the film, they were mostly working ALONE). As the brilliant Dr. Emmett Brown would say, “Great Scott!”

Robert Edsel’s book, The Monuments Men, as well as his companion books and the related documentary, The Rape of Europa, are must-sees for those interested in Art History, World History and Military History as well as anyone who likes a good treasure hunt around Europe.

Bad Behavior has blocked 1641 access attempts in the last 7 days.