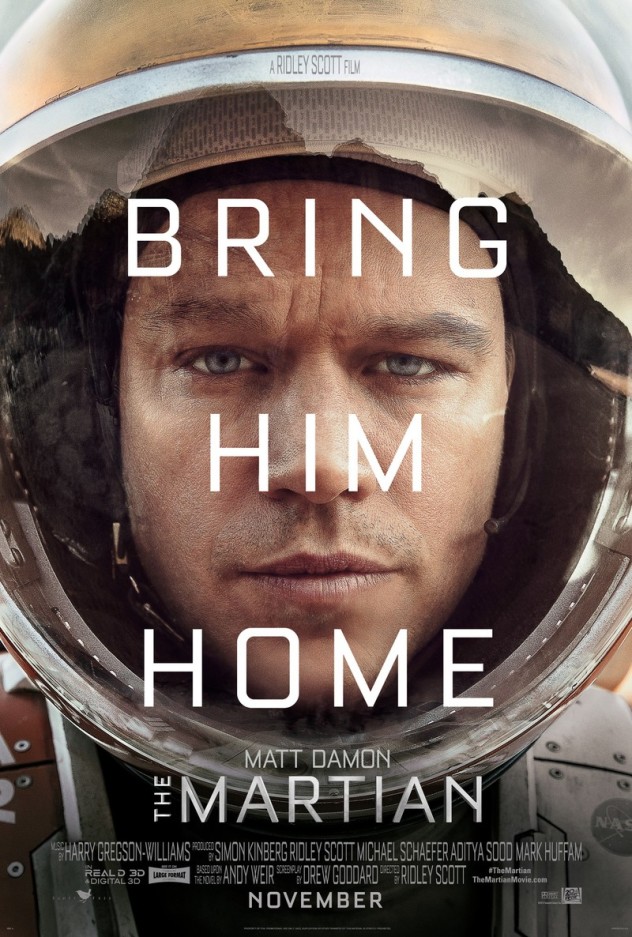 Just looking at the title, one would assume that this movie is just about space, presumably Mars.  But you would be wrong.  The Martian is a story of survival that just happens to take place on Mars.

Mark Watney, portrayed by Matt Damon, is accidentally left behind on Mars after his crew mates erroneously presumed that he was dead.  Watney must figure out how he is going to survive with some meager supplies.  Surviving in the wilderness on Earth can be quite challenging in itself.  One must find food and clean water as well as have shelter from predators and the elements.  Imagine having all of these problems plus needing to have a supply of oxygen and protect one self from the hostile environment on Mars.

“If the oxygenator breaks down, I’ll suffocate. If the water reclaimer breaks down, I’ll die of thirst. If the Hab beaches, I’ll just kind of implode. If none of those things happen. I’ll eventually run out of food and starve to death. So yeah.” – Mark Watney

And yet, Mark Watney manages to find a way to stay alive.  And he does so with a sense of humor.  Even in  a tense situation, while you are sitting on the edge of your seat, Watney will figure out a way to make you laugh as he himself laughs at danger.  He makes contact with NASA and finds out that it will take a very long time for them to rescue him.  The question becomes, will Mark Watney be able to stay alive long enough so that he can be rescued?

The Martian is based on the book of the same name by Andy Weir which is also available at the Davenport Public Library.