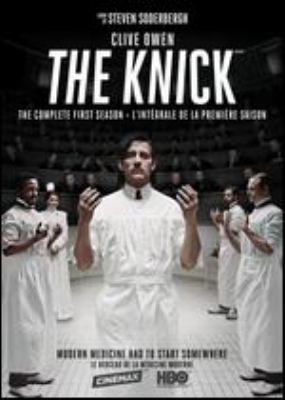 Cinemax has put together a splendid fictional drama based on the medical field and goings on at the Knickerbocker Hospital in New York. In this show called The Knick,  surgeons, doctors, nurses, and other hospital staff and benefactors, deal with the ins and outs of running a hospital in downtown New York in 1900. The star of this show is the new chief of surgery, Dr. Thackeray, having just inherited this position after the suicide of his predecessor.

Dr. Thackeray and the rest of his team are forced to deal with changes due to poor finances and increased competition between the other hospitals when all of their wealthy patients leave. In order to keep the place afloat, viewers will see the administrators wheedling for money, extorting patients, selling bodies, all the while telling people things are going okay.

The Knick is a fairly bloody and graphic show, which one must expect considering it is a medical drama. This show deals with complicated subject matter, like drug addiction amongst the doctors, racial and gender prejudice when Dr. Thackeray is forced to work with his new Deputy Chief of Surgery who just happens to be a black doctor, while all the while dealing with a typhoid outbreak (HELLO Typhoid Mary!) and trying to come up with and perform new surgeries to save their patient’s lives.

I found this show to be riveting and personally can’t wait for the second season to come to DVD, so I can check up on Dr. Thackeray and friends to see how they are all fairing!