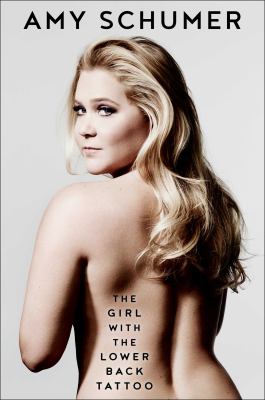 I am obsessed with female comedians. I recently stumbled upon Tina Fey’s Bossypants, which I listened to on OverDrive as an audiobook one summer day when I was hiking and I. FELL. HARD. I then branched out to Amy Poehler and a whole slew of other famous women comedians. I personally love listening to these book as audiobooks because it feels like I’m getting my own private comedy show, plus the authors 1)usually narrate their own books and 2) bring in famous friends and family to read sections. Plus there is usually awesome bonus content. If that’s not enough of a reason for you to run out to the library and pick up some audiobooks, I don’t know what is.

Anyway, back to the topic: my recent, yet hard-hitting love of female comedians. When I discovered Amy Schumer and Anna Kendrick were each coming out with new books, I immediately put the respective release dates on my calendar and started scouting for information about their audiobooks. When I saw copies of both books in print on the new shelves, I knew I should just pick them up, read them, and then listen to the audio later. I started with Amy Schumer. (I have Kendrick’s book at home in my TBR pile).

The Girl with the Lower Back Tattoo by Amy Schumer is way more than your standard autobiography. Schumer makes it clear in the beginning of the book that this is not a memoir or an autobiography; she says she’s way too young to be writing either of those types of books. Instead, she has collected a series of essays that detail the many different experiences that have made her the woman she is today. Throughout this book, Schumer says over and over that she didn’t luck into her career. She worked insanely hard and even though now some people think she has made it, she still has to hustle to get what she wants. Developing new material and testing it out hasn’t changed. She still tries out material on friends, performs in comedy clubs, and is constantly mining her daily life and interactions for humorous material for her work.

Schumer pulls stories from her past and nothing is off limits. She talks about relationships, her father’s battle with multiple sclerosis, her family, her awkward teenage years, her work, and sex. Schumer is not afraid to strip down and bare her soul in order to make sure readers understand what she is talking about. I was thoroughly impressed with this book. I was expecting something hilarious all the way through. Don’t get me wrong; this book had me laughing out loud, but Schumer gets down and talks about very serious topics that I wasn’t expecting, but those sections were so well-worded, I found myself unable to put it down. I recommend you give it a try and let me know what you think below.