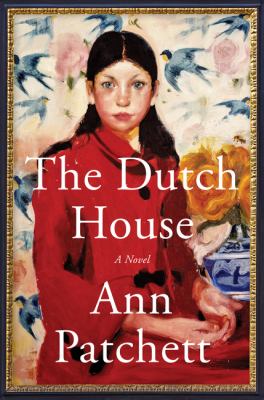 A beautiful Victorian house situated in an upscale Philadelphia neighborhood becomes the focal point for a family broken by secrets and jealousy in Ann Patchett’s newest book The Dutch House.

Danny Conroy is just six when his mother leaves and never returns. His father is withdrawn and taciturn – not a model of warmth and caring. However, his sister Maeve, who is 12 when their mother leaves, steps in and becomes his greatest ally. The bond between the siblings is very strong and loving and only strengthens when, out of the blue, their father remarries.

The new stepmother, Andrea arrives with her two little girls. The kids all get along fairly well, but Andrea has no interest in Danny and Maeve and works diligently to exclude them from the family.  Maeve is moved from her favored large bedroom to an smaller room so that one of the little girls can have it and the housekeepers, who helped raise Danny and Maeve, are shunted aside. Their father becomes more and more distant, finding as many excuses as possible to be absent.

The Dutch house (as it is known in the neighborhood) stands central to all of these trials. Built by old money, their father purchased it with all of the furniture and family portraits of the former owners included. It was a symbol to Danny and Maeve’s father of his success, but it was also, with it’s overwhelming opulence and expensive furnishings, what drove their mother away. Andrea married their father because she wanted the house and the status that it gave her.  When Danny and Maeve are forced to leave the house it haunts them for years.

Now, this all sounds pretty glum and it’s true that the book is sometimes sad, but it is also about forgiveness, redemption and letting go of the past. I loved the relationship between Danny and Maeve, a brother-sister duo that rang true – great loyalty and love but they also aren’t afraid to poke at each other. Patchett’s writing style is lovely – smooth and graceful but never fussy. Her characters are like us – smart and funny and flawed, but never beyond saving. Read this for the intriguing story, the gorgeous writing and an ending that brings hope and recovery.