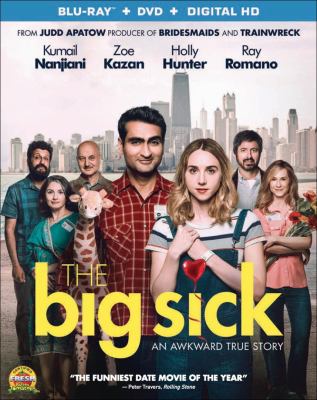 The Big Sick is based on the true story of the early relationship between comedian Kumail Nanjiani and Emily V. Gordon. Nanjiani and Gordon fall in love, which is a problem because Nanjiani’s religion dictates that he must marry a woman of his faith in an arranged marriage. Gordon becomes seriously ill and falls into a coma shortly after they break up and Nanjiani and her parents are thrust into a tenuous exchange while they watch Gordon’s condition deteriorate.

I’ve had Muslim friends for decades so I am familiar with traditional customs and the cultural schisms that arise on occasion among Muslim children raised in American culture. This movie accurately captured the essence of such a divide.

Nanjiani portrays himself and actress Zoe Kazan portrays Gordon. They have a great onscreen rapport and quickly develop into amiable characters. Zenobia Shroff and Anupam Kher play the role of Nanjiani’s parents. Shroff humorously captures the zeal of an overeager Pakastani/Muslim mother who is persistent in her efforts to play matchmaker. Shroff and Kher deliver one of my favorite scenes in the movie when Nanjiani is leaving for New York.

Holly Hunter and Ray Romano play Gordon’s parents. Hunter is natural in her role of a woman who displays both her ferocity and tenderness as a mother. Romano’s understated, dry humor plays off of Nanjian’s quick and sarcastic wit.

Bad Behavior has blocked 740 access attempts in the last 7 days.