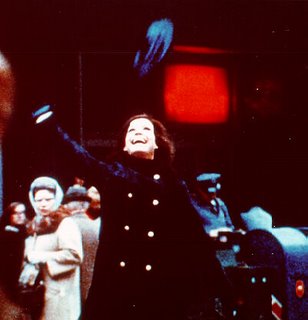 Minneapolis is the site of the Public Library Association’s national conference this week. Hope those librarians can stay out of trouble…

Ex St. Paul cop Rushmore McKenzie spends time doing favors for friends and getting drawn into messy murder cases. In the third book in the series, he ventures into rural Minnesota. It’s a chilling look at small towns in the Midwest where racism and methamphetamine use are prevalent. McKenzie is a self-deprecating and funny narrator – often too out-spoken for his own good.

The story begins in the Cities (with the murder of two policemen) It moves to a fictional northern Minnesota county, when two Minneapolis detectives help a newbie female sheriff with a murder that may be connected to their case. This is part of the Monkeewrench gang series which features a group of computer geeks for hire.

Eyes of Prey by John Sandford

IMHO, this is the best of the “Prey” series which star a tough, Porsche-driving Minneapolis cop. In this book, Lucas Davenport is suffering from depression brought on by a previous case, while he investigates the brutal murder of a doctor’s wife. The ending really was a surprise – to me, anyway.

These cozy mysteries always have excellent dessert recipes and a cast of wacky characters. The reader can exercise some wish fulfillment through Hannah and her coffee shop/bakery in small town Minnesota. Can you resist the Cherry Cheesecake, Fudge Cupcake, or Sugar Cookie Murders?

Bad Behavior has blocked 1631 access attempts in the last 7 days.