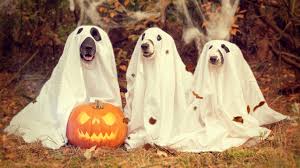 Werewolves, the fluffiest of the Halloween creatures. They have haunted the streets of London and became enthralled in love triangles in the Pacific Northwest. They often serve as allegory for humanities most animalistic tendencies. This collection of werewolf novels is meant to horrify and inspire self reflection. Are we really that different from the monsters we create in our fiction?

This Novella follows Boone, a man who believes he is a serial killer, but has no recollection of killing anyone. As he becomes convinced that he is indeed a murderer after visits with his psychiatrist, he begins looking for the mythical city of Midian a place that offers protection for monsters called the Night Breed. This horrifying tale has many twists and turns that keep the reader on their toes and his a wholly unique experience to read.

At the core of it, Hemlock Grove is a mystery. When girls are showing up dead and the two protagonists Roman and Peter are singled out as the most likely suspects, it is up to them to get to the bottom of the case and nab the real killer. the catch, Peter is a werewolf. This story is one that is full of interesting revelations that keep the reader on the edge of their seat for the whole ride so I won’t spoil any more than just stating the premise.

5% of the population are werewolves. They are drugged so as to keep them from transforming into their wolf forms and it has been made illegal for werewolves to use their powers. Red Moon is all about asking a question that is a common werewolf trope “who is the real monster?”. Dealing with themes such as terrorism, domestic surveillance, prejudice and many more. This werewolf epic is well-worth the read.

These titles and many more horrifying tales are all available at your Davenport Public Library. For more recommendations like these to get you into the Halloween spirit, check out our Halloween LibGuide for more wretched recommendations. And always remember to beware the full moon.

Bad Behavior has blocked 1490 access attempts in the last 7 days.