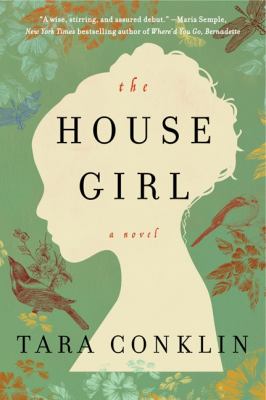 The House Girl by Tara Conklin follows the lives of two women: Lina Sparrow, a first-year associate in a Manhattan law firm, and Josephine Bell, a slave living on a plantation. Lina lives with her father, a famous artist, while she works at the law firm. Her mother died when she was younger and as a result, her father seldom talks about her. When Lina discovers that her father is planning to open up a new art show and that the subject matter is her mother, she finds herself wondering who her mother really is and what happened before her death.

While she digs into her personal history, Lina is picked to work on a reparations case at work for the millions of descendants of American slaves. This historic class-action lawsuit would lead to trillions of dollars in reparations for all of the descendants of the slaves. Lina is in charge of finding the perfect plaintiff, a person that will bring a compelling back story that will catch the public’s eye and help sway the courts. She stumbles upon the life and work of Miss Josephine Bell.

Josephine Bell worked as a house slave on a plantation. Her mistress, Lu Anne Bell, taught her to read, draw, and paint without her master knowing. Josephine’s life was easier than the lives of the slaves working in the fields, but that doesn’t mean that her life was all sunshine and happiness. Balancing between house and fields left her with a sense of discontent. Her master’s continued unwanted advances combined with her mistress’s multiple miscarriages over the years made the house a turbulent area. Her mistress’ health is also declining rapidly with no cure seemingly in sight. With her friends being sold off, Josephine herself has caught the bug to escape and runaway. Will she? What about the people she will leave behind?

Lina stumbled upon artwork that was attributed to Josephine’s mistress Lu Anne, but historical research has come to light refuting this claim and showing that Josephine may actually be the artist. If this is indeed true and if Lina can manage to track down one of Josephine’s heirs, Lina will have found her perfect plaintiff. Digging into historical records, wading through murky legal territory, and convincing people to come forward becomes a major part of her life while she is simultaneously digging into her own past and learning about her parents’ relationship and their separate lives. Tara Conklin has woven together an intriguing tale of love, life, and the familial and friendship bonds that bring us all together across the years. Highly recommended.