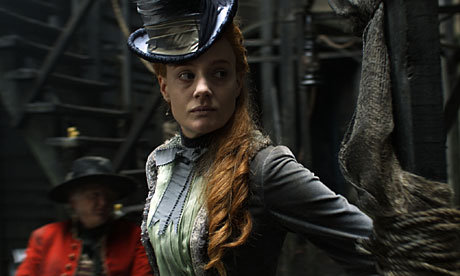 If the slowly lengthening nights and cooling winds have you longing for the perfect title to take with you under the covers, check out any one of these lush, engrossing novels. 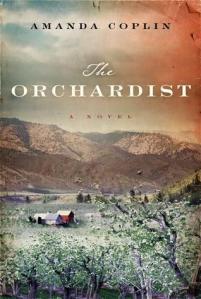 In Amanda Coplin’s dense debut novel The Orchardist, an orchard farmer called Talmadge has been tending the same grove of fruit trees in the foothills of the Cascades for half a century. His life is changed forever by the appearance of two young sisters and the violent men who trail them. This turn-of-the-century America is as wild as it can be: a nation where solitude is genuine and there truly are places that the law just doesn’t reach.

The Crimson Petal and the White offers a lurid, intoxicating look at the oft-visited streetwalkers, orphans, and gentle ladies of Victorian England. From the high to the low, the people who make up this fabled society are brought together through the dreams of a surprisingly well-read young prostitute named Sugar. Author Michael Faber invokes the gas-lit ambiance of that era but tinges his narrative with an irresistible modernity that makes this novel unique. 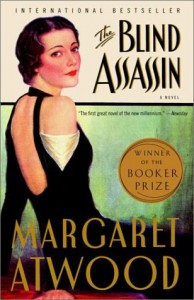 Margaret Atwood is my favorite author. You probably know her for her famous dystopian masterpiece The Handmaid’s Tale, but forget all about that and read The Blind Assassin instead. In this Booker Prize winner, Atwood traces the history of two sisters: Laura Chase, a novelist who dies mysteriously in her twenties, and Iris Chase, who recounts their story as an octegenarian. There is a novel within this novel, written by Laura; within Laura’s novel, there’s a novel within a novel within a novel: a science fiction tale called “The Blind Assassin” as told to Laura by her lover. It sounds impossibly convoluted, but it just works – Atwood’s genius isn’t just plotting, but stunning language: years later, sentences from this gorgeous book will still be rattling around in your brain. It’s unforgettable.

Bad Behavior has blocked 1477 access attempts in the last 7 days.