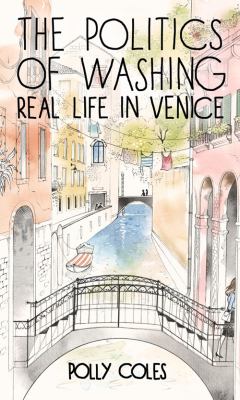 This is the story of ordinary life in an extraordinary place.

The beautiful city of Venice has been a fantasy land for people from around the globe for centuries, but what is it like to live there? To move house by boat, to get a child with a broken leg to hospital or to set off for school one morning only to find that the streets have become rivers and the playground is a lake full of sewage? When Polly Coles and her family left England for Venice, they discovered a city caught between modern and ancient life – where the locals still go on an annual pilgrimage to give thanks for the end of the Black Death; where schools are housed in renaissance palaces and your new washing machine can only be delivered on foot. This is a city perilously under siege from tourism, but its people refuse to give it up – indeed, they love it with a passion.

The Politics of Washing is a fascinating window into the world of ordinary Venetians and the strange and unique place they call home. (description from publisher) 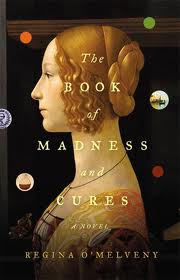 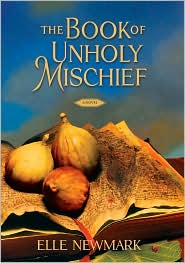 Imagine Venice in 1498.  Imagine being orphaned and living hand-to-mouth in its busy streets.  Imagine you’re Luciano and you’ve just been caught stealing a pomegrante.  Will this act send you to the dungeons?  No!  This act will actually land you an apprenticeship with a maestro chef, who just happens to cook for the doge, the highest court official in Venice.

As unlikely as this sounds now, as a reader, I found it completely plausible.  Apparently, the chef sensed some finer qualities in this street urchin, so he takes him in under his wing, encouraging him to learn all he can.  The plot thickens as rumor circulates that there is an ancient book hidden within the city that contains many secrets of alchemy — the secret to eternal youth, plus secret recipes for making gold and love potions, among others.  Luciano is especially interested in the love potion, hoping that it will help him secure Francesca, an unavailable convent girl with whom he is smitten.  The doge, meanwhile, suffering from old age and syphilis, is intent on finding that fountain of youth, and he doesn’t mind committing multiple murders to obtain it.

While most everyone in the city becomes obsessed with finding  this precious tome, it is just as jealously protected by the Guardians, who are willing to die to keep its secrets.  The ending may not be what you expect, but you’ll keep turning the pages to find out what happens next.  The Book of Unholy Mischief by Elle Newmark is part Da Vinci Code and part Oliver Twist, and recommended for foodies and historical fiction fans.