Half way through June and summer is really heating up. Have you found your 12 Angry Men inspired book yet? Maybe you’d prefer spending some time in the air conditioning, watching a movie or tv show. There are plenty to choose from!

Dark Waters with Mark Ruffalo, based on a true story about an attorney that takes on a large corporation whose carelessness is causing countless deaths.

Mr Civil Rights, a documentary about Thurgood Marshall and his triumph in the Brown v. the Board of Education case which led to the desegregation of schools.

Anatomy of a Murder, a classic starring Jimmy Stewart about the trial of a husband accused of murdering his wife’s rapist.

Philadelphia with Denzel Washington and Tom Hanks covering a case that battles against AIDS discrimination.

As for television shows, there are almost too many to mention, from the classic Perry Mason to LA Law, Boston Legal, J.A.G., The Good Fight, Suits, Law and Order or one it’s many off-shoots, The Good Wife and Better Call Saul, you’re sure to find something that appeals to you. 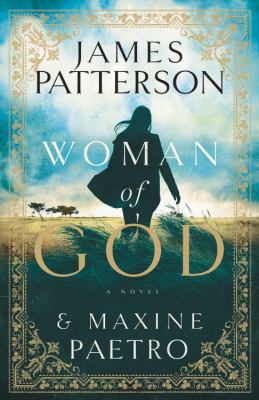 As I mentioned in one of my earlier blog posts, I’m slowly making my way through big name authors in adult fiction. There are so many books available to read that I know I will never have time to read them all, so I have been utilizing my driving time by listening to audio books. By doing so, I can listen to one book while I’m driving and read another one when I’m not! Two books at once!

Woman of God by James Patterson was my latest listen. I checked this book out based primarily on the description that I read in OverDrive. The summary listed details the selection of a new Pope in Rome, an occurrence that would normally garner major attention on a normal day, but this time there are rumors that the new Pope could be a woman. This news rocks the world as the woman candidate is not like any other priest in the Catholic Church’s history. Sounds interesting, right? I thought so and then promptly checked it out.

This book made me cry and I’m not talking about little tears escaping from the corner of my eyes. I’m talking about crocodile tears and heartbreak. Woman of God begins with a prologue. Brigid Fitzgerald is rumored to be the new pope, a fact that has led dozens of reporters and thousands of people to descend on her doorstep and her church. She is worried about the safety of her daughter and given her tragic past, Brigid knows that people are capable of anything. Weaving her way through the massive crowds and to her church to do Easter mass, Brigid mentally prepares herself to speak to everyone. Once before her congregation and after her initial talk, a man shouts at her from the crowd. Brigid feels sharp pain across her body and her world goes dark.

The book then flashes back to the beginning of Brigid Fitzgerald’s remarkable adult life. She graduated young from college and headed to the front lines of Sudan to work as a doctor in refugee camps. Working there earned her the adoration of her coworkers and the refugees, but also targeted her as the enemy of many powerful people. The Sudan was the first in a traumatic series of trials that prove to test her faith in humanity and in God at every single turn. Just when her life seems to be going well and God has decided to bless her, Brigid is tested again and again in a number of ways that had me wondering where she even found the strength to get out of bed every day.

Brigid began life as the daughter of drug-addled parents and her childhood was rife with drama. Going to the Sudan and then traveling around the world helping others gives meaning to her life. Brigid’s own convictions and callings differ from those of the mainstream Catholic Church, a fact that puts her at odds with and makes her a target of those who believe adherence to tradition is of utmost importance. Despite the threats and the immense loss she goes through, Brigid is forced to rise above and find a way to rally people behind her, so she doesn’t lose her faith or her life.

I greatly enjoyed this book, even though it made me a bucket of emotions at times. There are so many intricate pieces that fit into making Brigid the woman that she is.  10/10: would recommend.