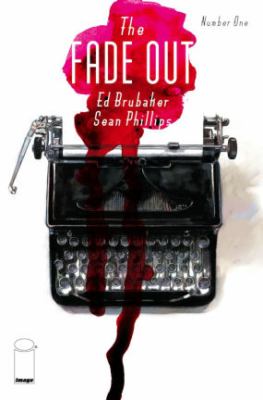 The Fade Out: Vol. 1, Act One by Ed Brubaker and Sean Phillips is a gripping journey into the film industry in the 1940s. This dark graphic novel takes place in Hollywood in 1948, beginning with Charlie Parish, one of the writers for a film studio, waking up to find Valeria, the up-and-coming lead actress of his current film lying dead, sprawled on the floor in the room next door, obviously murdered with ligature marks around her neck. The noir film he’s working on has been stuck in endless reshoots with the cantankerous German director barreling down on everyone to do what he wants perfectly or they will have to face the consequences.

Charlie finds himself struggling to write, plagued with writer’s block, troubled at keeping the secret of Val’s death, and turning for help from Gil Mason, an ex-screenwriter who has been blacklisted by the studios for being a suspected Communist. Gil and Charlie have worked out a Everyone involved on-set and off-set, from the head of the studio to the press office to the head of security seems to be hiding something and Charlie is left to wonder just what is true and just what he can tell to the people he thinks would never betray him.

This graphic novel is full of suspense, leading readers down dark hallways and dimly-lit streets with Charlie as he tries to figure out what really happened to Val and why the studio is covering up how she died. The film noir feel is shown through the dark coloring within each panel and the accent colors that pop on each page. The colorist, Elizabeth Breitweiser, really bumps up the impact the story has on the reader by adding in color that boosts the intriguing, dark, and mysterious nature of this book. Brubaker and Phillips even add in real movie stars to the book, something that I noticed when I saw that a couple of the characters looked familiar! (There is also a cast of characters at the front of the graphic novel for you to refer back to if you become confused.) The Fade out: Vol 1: Act One is a wonderful read and I highly encourage you to check it out!