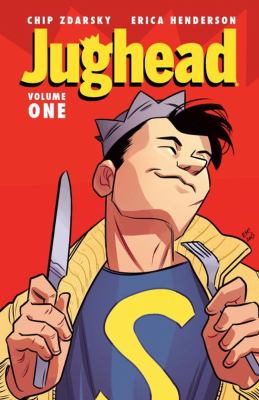 I love Archie comics. Every time I went to the grocery store with my mom, I begged for the newest Archie comic and would begin reading it as soon as I got in the car. Archie was my first graphic novel crush and the whole gang at Riverdale High did things that I expected to do in high school. (When I reached high school and it wasn’t anything like Riverdale, I was more than a little disappointed.)

When I realized that Jughead was going to be given his very own comic, I was ecstatic and knew I had to read it. Jughead: Volume 1 gives Jughead the attention he always deserved in the classic Archie comics. Zdarsky and Henderson expand upon the current Archie volume to give Jughead his own up-to-date background.

In Jughead: Volume One, we meet Forsythe Pendleton Jones III, aka Jughead. He plays videogames, tries to keep Archie out of trouble, skates by in school by just following the rules, and spends his afternoons at Pop’s diner inhaling burgers and milkshakes. Everything is happening like normal until Riverdale High gets a new principal. This new principal institutes new changes on all levels: in the classrooms, in athletics, and, most concerning to Jughead, in the cafeteria. Once he gets rid of all the good food in the cafeteria, Jughead loses his cool and seeks vengeance. This graphic novel is full of gags and antics by Jughead and his friends as they try to oust the new conniving principal from his current position and, in the end, discover his dastardly plot to take over the school for nefarious reasons! This graphic novel had me laughing throughout and was a fantastic trip down memory lane to the classic Archie comics. 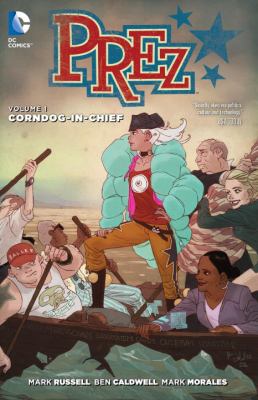 Bad Behavior has blocked 1481 access attempts in the last 7 days.