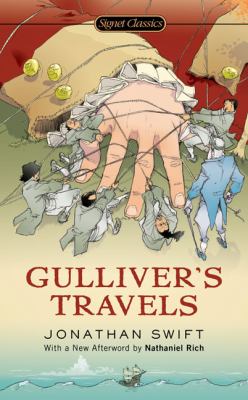 We’re about halfway to finding out which book will be named America’s favorite by PBS in the Great American Read. I don’t know about you, but I have been inspired to check more books off this list in the past couple of months. Rather than just reading them on my own, I asked my mother if she would like to have our own little book club for two. I thought it would be a great bonding experience and give us something fun to talk about on our weekly phone calls. We decided to take turns picking books neither of us had read yet and allow two weeks to read it, discussing it both at the halfway point and again when we finished. Mom likes listening to them on audio, and I tend to read the print version.

We started with Mom’s choice: Gulliver’s Travels by Jonathan Swift. She had seen the 2010 movie starring Jack Black, but hadn’t read the book. I had neither seen the movie or read the book, although I did recall possibly seeing bits and pieces of the 1996 TV miniseries starring Ted Danson. I love how this book helped me see what a sense of humor my mother has.  This book gave us plenty of laughs (admittedly, we’re a little warped). At one point the main character is on an island inhabited by tiny people. A fire breaks out in the wing of the tiny royal castle where the princess resides. Giant-size Gulliver “helps” by urinating on the fire. He was disappointed that his “help” wasn’t as appreciated as much as he thought it should be. On the whole, I think Swift meant for it to be more of a political satire than a comedy. However, it is clear he had a sense of humor. Although written almost 300 years ago, much of the subtext is still relatable today. I think that is a mark of a truly great novel. 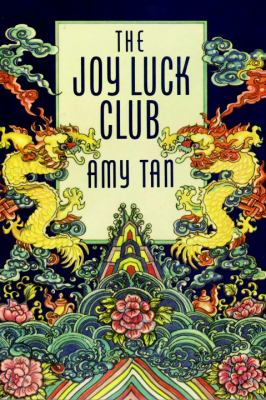 When we finished with that, I chose for us to read Joy Luck Club by Amy Tan. It was an apt one for me to discuss with my mother, because it is centered around mother-daughter relationships: specifically, four Asian mothers living in San Francisco and their their American-born daughters.  I was also planning a family vacation to San Francisco, so I wanted to read as many books set there as I could before going. The book’s themes center around family, culture, and class and how these things shaped the experiences of these eight particular Asian women. I would recommend reading this if you have not already. I also checked out Joy Luck Club on DVD and watched the movie on my own, which I enjoyed. 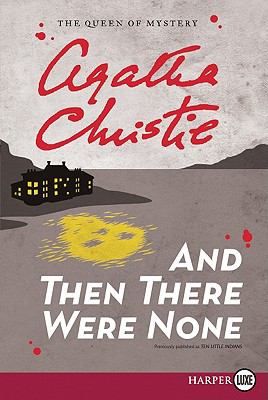 The third book we read was an Agatha Christie novel. The Christie novel on the Great American Read list is And Then There Were None, but somehow Mom and I got it in our heads that it was Murder on the Orient Express. Maybe it was because I have a tendency to get excited when I can read a book and then watch the movie made based on that book, and I knew that the Murder on the Orient Express movie had just been made in 2017. (I have since learned that there are also movies based on And Then There Were None.) So we read Murder on the Orient Express, then watched the movie together. We both found it to be a quick read. We also loved the unexpected ending. The movie was a little different than the book (as most movies based on books tend to be) but overall true to the story in an enjoyable way. The movie boasts an all-star cast including Judi Dench, Johnny Depp, Penelope Cruz, Willem Dafoe, Michelle Pfeiffer, Josh Gad and Daisy Ridley. But enough about that one. It’s not even on the list.

I think we are going to read the Vonnegut novel next. I better double-check the list to make sure we get the right one!

In my last blog post, I asked readers to comment with their favorite book from the list. I also set up a display at each of our three locations with a voting box. When the Great American Read announces America’s favorite book in late October, I will tally our local votes and announce Davenport’s favorite. If you haven’t voted yet please do so by either commenting on this blog post or writing your favorite title from the Great American Read list on a slip of paper and leaving it for us in the turquoise box at one of our locations.

Bad Behavior has blocked 1335 access attempts in the last 7 days.