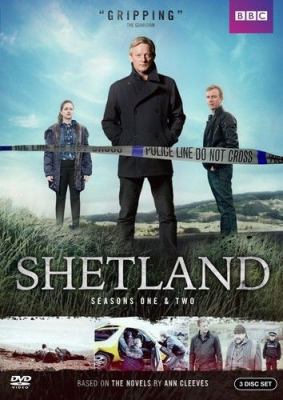 Crime television shows are one of my favorite things to watch, but sometimes they can follow a predictable plot, so predictable in fact that it is easy to guess who the murderer is within the first ten minutes of the show’s beginning. When I stumbled upon Shetland, I was expecting the same predictable plot. Boy, was I wrong!

First of all, this dvd compilation of Shetland gives you the complete first and second seasons. (In case this seems daunting to you, let me ease your fears. Each season is only six episodes long, so in reality you are only watching twelve episodes total in this one case.) This show is the perfect length to get you hooked and invested in the characters without having to spend a lot of time getting through two full-length seasons of the show. Bonus: I wasn’t able to accurately guess who ANY of the murderers were in any of the episodes! Major score!

Shetland is a BBC Scottish crime drama that follows the life of Detective Inspector Jimmy Perez and his various staff members as they solve murders against the backdrop of the breathtaking Shetland Isles. Perez is a single dad raising an almost 16-year-old daughter. DI Perez and his team are responsible for keeping people safe within the community, a task that proves difficult as they are investigating crimes within such a close knit community that is spread across a number of islands within the Shetland Isles. This television show takes place against a gorgeous backdrop of sweeping cliffs, deep blue sea, and skies redolent with cloud cover. With such breathtaking scenery, the stories of crime, murder, mystery, and intrigue are pushed to a higher level, letting the writers, producers, and actors explore issues dealing with family and small communities in deep detail. I highly recommend this show as a way to cleanse your palette of the more traditional crime shows. 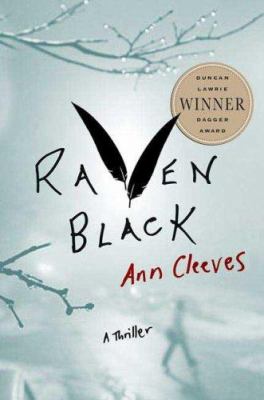 The first two seasons of Shetland are adapted from the book Raven Black by Ann Cleeves. Contact the library to find it today!