It’s the beginning of the month which means that Jenna Bush Hager and Reese Witherspoon have picked new books for their book clubs! Let’s dive in.

Jenna Bush Hager has selected two books for her February #ReadwithJenna book club picks: Send For Me by Lauren Fox and The Four Winds by Kristin Hannah. 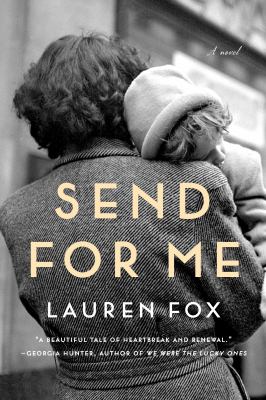 Let’s start with Send For Me by Lauren Fox. Curious what Send For Me is about? Check out the following description provided by the publisher.

An achingly beautiful work of historical fiction that moves between Germany on the eve of World War II and present day Wisconsin, unspooling a thread of love, longing, and the ceaseless push and pull of family

Annelise is a dreamer: imagining her future while working at her parents’ popular bakery in Feldenheim, Germany, anticipating all the delicious possibilities yet to come. There are rumors that anti-Jewish sentiment is on the rise, but Annelise and her parents can’t quite believe that it will affect them; they’re hardly religious at all. But as Annelise falls in love, marries, and gives birth to her daughter, the dangers grow closer: a brick thrown through her window; a childhood friend who cuts ties with her; customers refusing to patronize the bakery. Luckily Annelise and her husband are given the chance to leave for America, but they must go without her parents, whose future and safety are uncertain.

Two generations later, in a small Midwestern city, Annelise’s granddaughter, Clare, is a young woman newly in love. But when she stumbles upon a trove of her grandmother’s letters from Germany, she sees the history of her family’s sacrifices in a new light, and suddenly she’s faced with an impossible choice: the past, or her future. A novel of dazzling emotional richness, Send for Me is a major departure for this acclaimed author, an epic and intimate exploration of mothers and daughters, duty and obligation, hope and forgiveness. 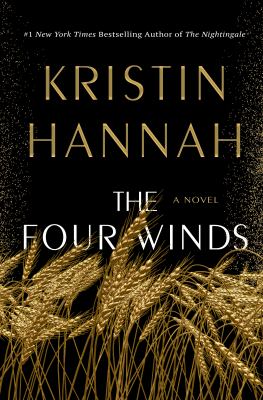 Now onto her second pick: The Four Winds by Kristin Hannah. The following is a description provided by the publisher.

From the #1 New York Times bestselling author of The Nightingale and The Great Alone comes an epic novel of love and heroism and hope, set against the backdrop of one of America’s most defining eras—the Great Depression.

Texas, 1934. Millions are out of work and a drought has broken the Great Plains. Farmers are fighting to keep their land and their livelihoods as the crops are failing, the water is drying up, and dust threatens to bury them all. One of the darkest periods of the Great Depression, the Dust Bowl era, has arrived with a vengeance.

In this uncertain and dangerous time, Elsa Martinelli—like so many of her neighbors—must make an agonizing choice: fight for the land she loves or go west, to California, in search of a better life. The Four Winds is an indelible portrait of America and the American Dream, as seen through the eyes of one indomitable woman whose courage and sacrifice will come to define a generation. 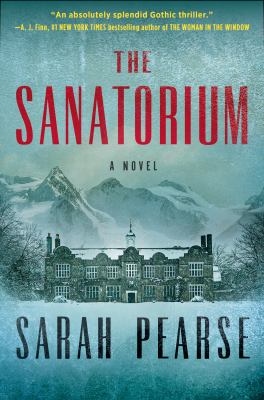 Reese Witherspoon has selected The Sanatorium  by Sarah Pearse as the February pick for her book club.

Curious what The Sanatorium is about? Check out the following description provided by the publisher.

Half-hidden by forest and overshadowed by threatening peaks, Le Sommet has always been a sinister place. Long plagued by troubling rumors, the former abandoned sanatorium has since been renovated into a five-star minimalist hotel.

An imposing, isolated getaway spot high up in the Swiss Alps is the last place Elin Warner wants to be. But Elin’s taken time off from her job as a detective, so when her estranged brother, Isaac, and his fiancée, Laure, invite her to celebrate their engagement at the hotel, Elin really has no reason not to accept.

Arriving in the midst of a threatening storm, Elin immediately feels on edge–there’s something about the hotel that makes her nervous. And when they wake the following morning to discover Laure is missing, Elin must trust her instincts if they hope to find her. With the storm closing off all access to the hotel, the longer Laure stays missing, the more the remaining guests start to panic.

Elin is under pressure to find Laure, but no one has realized yet that another woman has gone missing. And she’s the only one who could have warned them just how much danger they are all in…

Want to make sure Reese’s picks are automatically put on hold for you? Be sure to join our Best Sellers Club.

Bad Behavior has blocked 1615 access attempts in the last 7 days.