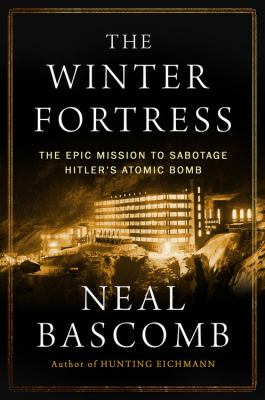 From the internationally acclaimed, best-selling author of Hunting Eichmann and The Perfect Mile , an epic adventure and spy story about the greatest act of sabotage in all of World War II.

It’s 1942 and the Nazis are racing to be the first to build a weapon unlike any known before. They have the physicists, they have the uranium, and now all their plans depend on amassing a single ingredient: heavy water, which is produced in Norway’s Vemork, the lone plant in all the world that makes this rare substance. Under threat of death, Vemork’s engineers push production into overdrive. For the Allies, the plant must be destroyed. But how would they reach the castle fortress set on a precipitous gorge in one of the coldest, most inhospitable places on Earth?

Based on a trove of top secret documents and never-before-seen diaries and letters of the saboteurs, The Winter Fortress is an arresting chronicle of a brilliant scientist, a band of spies on skis, perilous survival in the wild, sacrifice for one’s country, Gestapo manhunts, soul-crushing setbacks, and a last-minute operation that would end any chance Hitler could obtain the atomic bomb – and alter the course of the war. (description from publisher) 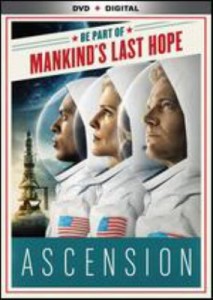 The Syfy channel premiered Ascension, a limited event series, in December of 2014, as a way to introduce people to the idea of what would have happened if Project Orion (also check out their Wikipedia page), a government sponsored program from the 1950s that would have placed over 150 scientists on the moon and even been able to send expeditions to other planets, would have actually happened. Ascension chronicles what could have happened had Project Orion actually occurred.

Ascension gives viewers a glimpse into the secret programs of the government and the lives of the people who both wittingly and unwittingly found themselves stuck on that spacecraft. In 1963, at the height of the Cold War, the government secretly recruited 350 people for a mission into space. A huge interstellar spaceship called Ascension was launched into space on a 100 year journey to another solar system. Present day on the ship is 50 years later and viewers are introduced to the children of the original crewmembers, the middle group of people, the ones who are doomed to spend their whole lives on the ship without ever being able to see their destination. Their parents started the ship and their children will be remembered as the ones who complete the journey. This middle group will be forgotten.

Tragedy has struck on Ascension with their first murder having been committed. This leads to chaos as the captain and his crew struggle to figure out who committed this crime while also working to keep the rest of the ship calm. Striated class systems and struggles for power dominate the investigation of the death of a woman from the upper decks as people from the lower decks are accused of the crime. This television show is wracked full of plays for power, multiple ship romances and trysts, and rivalries that will have you on the edge of your seat. Add in the fact that people on board only have access to culture, information, and technologies from 1963 and before and the whole spacecraft takes on an eternal 1960s feel that is intriguing and pleasing to the eye.