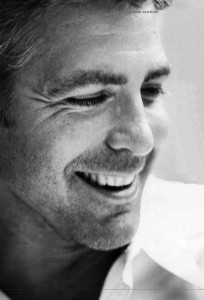 How many of you hit the cineplex this holiday season?  And enjoyed adaptations of books like Walter Kirn’s Up in the Air? Did you know that Natalie didn’t even exist in the book? The author explains in an NPR interview that a “whole new character had to be introduced. A sort of sidekick had to be given to a lonely hero who spends most of the time in the novel observing and thinking about his world. But now we had to give him a chance to talk about his world.”

Another George Clooney vehicle., The Men Who Stare at Goats, is based on a  book by Jon Ronson. This is  even more mind twisting. The viewer wonders how much of the film (which inevitably alters a book) is true even though it’s based on a non-fiction work. The caption “More of this is true than you would believe” precedes the movie which sets up the question, “which particular parts are true?

What follows is the  depiction of the military’s  experimentation with New Age psychic phenomena.  Apparently, the Jeff Bridges character was based on a real officer (Lt. Col. Jim Channon) who led a hippie army called the First Earth Batallion (or the New Earth Army in the movie) , according to Wired magazine.

And don’t forget Roald Dahl’s wonderful Fantastic Mr. Fox, starring the voices of George Clooney and Meryl Streep. There is an insightful article about the Wes Anderson adaptation  in November/December’s  Film Comment.

I don’t know about you, but I always want to get back to the library and check out the book that inspired the movie in the first place. And then read about the book and the movie in our great magazine collection.