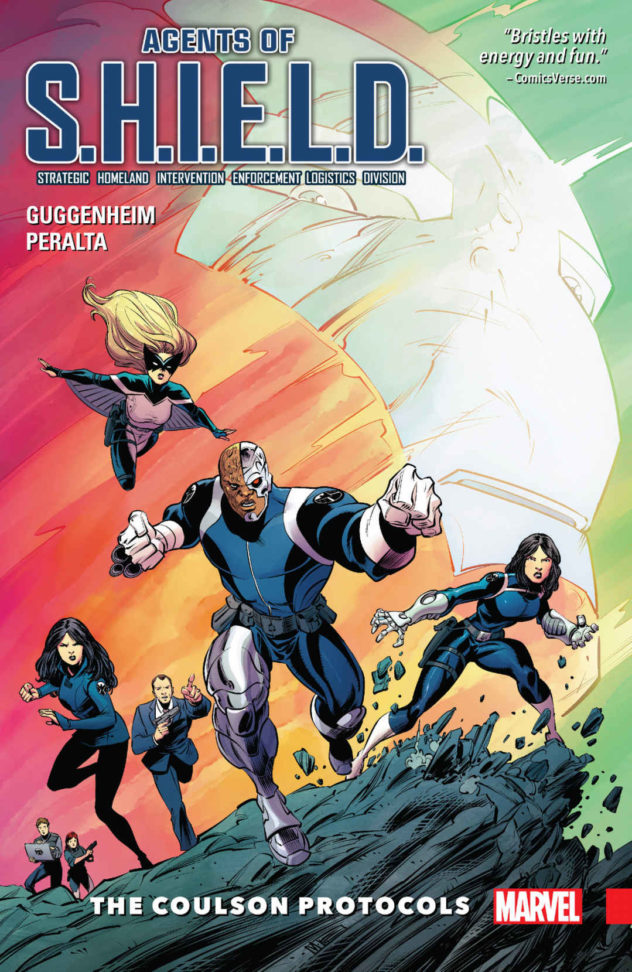 If you have watched any of the Avengers movies(or any recent superhero movie), then you’re probably familiar with S.H.I.E.L.D, aka  Strategic Homeland Intervention, Enforcement, and Logistics Division. In Agents of S.H.I.E.L.D. – Volume 1: The Coulson Protocols, Agent Coulson leads Melinda May, Agents Fitz and Simmons, Mockingbird, Quake, and Deathlok, as they battle someone in an Iron Man suit(who is not Iron Man!), multiple people who want to take over the world, and, of course, the evil Hydra organization. Coulson’s old love interest, Lola – not to be confused with his car who just happens to have the same name, has come to the team’s attention after her name is found to be affiliated with the tech that the person in the Iron Man suit blew up the Pentagon to steal. As a result, Coulson goes to meet her to find out what she knows. It turns out that Lola manipulated their previous relationship in order to steal precious superhero information from Coulson. She’s a psychic and can read his mind!

Coulson, being the giant superhero geek that he is, created scenarios in his head about how to take down any of the Avengers and also any of the other superheroes/agents that he knows. Lola then read his mind and stole that information. Those scenarios are now called the Coulson Protocols and fake Iron Man stole them from the Pentagon. That information is now up for auction to the highest bidder and the team must do everything and anything in their power to get that highly sensitive intel back. They battle a massive Iron Man army, throw down with some Hydra bad guys, rub shoulders with Spider-Man, Captain America, Wolverine, and Tony Stark, and find themselves in a massive standoff with the New Avengers, all while trying to find the Coulson Protocols. Allegiances are tested and backstories are revealed as Coulson and his team work to save the world from a possible leak of this sensitive information.

Agents of S.H.I.E.L.D. – Volume 1: The Coulson Protocols does a fairly good job introducing readers to who the agents are and how S.H.I.E.L.D. works. (I didn’t come into this graphic novel as a complete newbie, having watched the first season of the S.H.I.E.L.D. tv show many, many months ago, BUT I remember almost none of it, so don’t be afraid of reading this if you’re totally unfamiliar with any of the characters. You’ll be just fine.). Guggenheim also adds the characters’ names next to each throughout most of the comic, so you won’t have to flip back to the beginning to remember who’s who (That’s fantastic, btw, and way more graphic novel writers should take note). I thoroughly enjoyed this new graphic novel and can’t wait for the next volume to be released. In the mean time, I’ll have to settle for watching the two seasons of Marvel’s Agents of Shield that the library owns. Read this comic/watch the shows and let me know what you think!

Check out the television show, Marvel’s Agents of S.H.I.E.L.D. (season 1 and season 2), to learn more about the characters and see more Agent Coulson. Click on the pictures below to 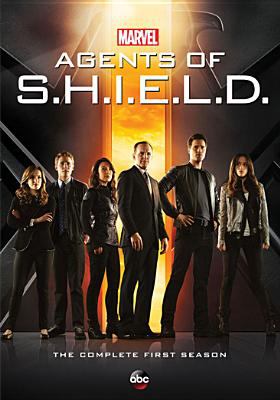 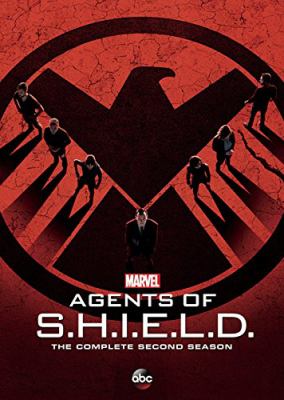