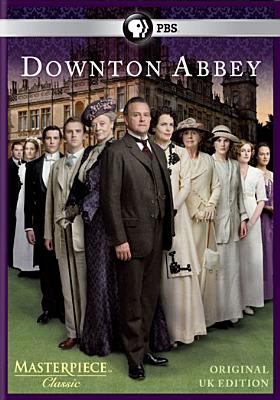 Season 5 of Downton Abbey is over. Season 6 is in production, but doesn’t have a release date. What are we supposed to dooo?? If you’re wondering just what you should read next or watch next so you keep the Downton spirit, never fear! One of our librarians has created a guide to help you find something similar called “If You Like Downton Abbey…”. Click through to explore.

Maybe you’re interested in finding out more about the history of Downton Abbey and other English homes in general. Did you know that the Downton Abbey estate is an actual place called Highclere Castle? Lady Cora is also based upon the Lady Almina, the Countess of Carnarvon, who lived at Highclere Castle. Check out the Downton History and Castles portion of the guide to learn more!

This guide also features a nonfiction section about downstairs and upstairs lives, another section with novels similar to Downton Abbey(this page also lists parodies and a graphic novel version!), as well as other related television shows and movies. Stroll through this guide and find something to tide you over until Downton Abbey season 6 comes back on the air.

Bad Behavior has blocked 1484 access attempts in the last 7 days.