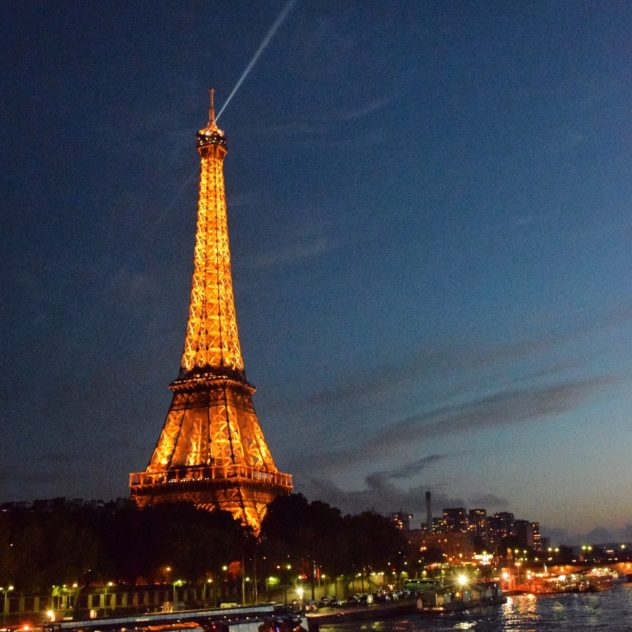 Bon jour! We’re halfway through the April Reading Challenge – have you found a good book set in Paris yet? There is no lack of excellent books (and movies) set in Paris, but if you’re still searching, here are a more couple of ideas.

For non-fiction lovers, try Les Parisiennes by Anne Sebba which is about how the women of Paris survived the Nazi occupation during World War II. With few non-German men left in the city, it was the women who dealt with the Germans, making life or death decisions on a daily basis, just to survive. From collaborators to resistors, famous to ordinary, it’s a complex, fascinating story. Or try The Only Street in Paris by Elaine Sciolino who lives on Rue des Martyrs and shows you the charming, everyday world of Parisians away from the tourist sites.

Fiction readers should check out The Elegance of the Hedgehog by Muriel Barbery just for the title alone but also because it’s a sharp look at the various lives of an elegant Parisian apartment building as observed by the concierge who is smarter and more sophisticated than anyone suspects. The Race for Paris by Meg Clayton is about three journalists who are following the American liberating forces in Normandy. If they can arrive in Paris before the Allies, they will have the scoop of their lives, but at what cost?

As for me, I’m finding the selection to be an embarrassment of riches – there are almost too many to choose from! However, my plan is to watch Coco Before Chanel starring Audrey Tautou (of Amelie fame) and to finish reading The Perfume Collector by Kathleen Tessaro but I’m also eyeing My Life in France by Julia Child. Obviously, I will be reading books about Paris long after April!

Now it’s your turn – what are you reading this month?

April in Paris! We’re traveling to the City of Light this month in our Online Reading Challenge, a city of art and beauty (and fantastic croissants!) and a long, complex, fascinating history. Who could resist?

First, a confession: I love Paris. I’ve been three times in the past few years and plan to go again and again for many years. I love the museums and the architecture, the cafe culture (and the food!) and the history. I did not expect to fall so completely head-over-heels in love with this city on my first visit, but I did, almost from the first moment I emerged from the Metro station and glimpsed the top of the Eiffel Tower in the distance. Like any big city, Paris has serious issues to deal with and it is far from perfect, but that doesn’t take away from what’s right and beautiful about it either.

There are oodles of books set in Paris – almost too many. I’ve found that some/too many writers use a Paris backdrop as a shortcut to creating mood and atmosphere – everyone has heard about Paris (usually heavily romanticized) so there’s no need to create a world for their novel. I consider this cheating and rather poor writing and it never feels “true”. Another habit I’ve run across is name dropping, for example “she tied her Hermes scarf around her neck, picked up her Louis Vuitton bag and walked down the Champs Elysees to Laduree’s for a macaroon”.  Um, yeah. All of those are very French, but not very “real” – using name dropping and stereotypes is just lazy writing. On the other hand, there are some incredibly good books set in Paris. Here’s a few to get you started:

The Greater Journey by David McCullough tells the story of American artists, writers and doctors that went to Paris between 1830 and 1900 and how what learned and experienced and then brought back in turn greatly influenced American history. McCullough’s writing is as honey smooth as his voice (he’s narrated several of Ken Burn’s films) and the stories he tells are fascinating.

The Paris Wife by Paula McLain is historical fiction about Ernest Hemingway’s first wife Hadley and their life in Paris. This is the time period when Hemingway wrote The Sun Also Rises and developed friendships with other rising stars such as F. Scott Fitzgerald and Gertrude Stein. But the hard-drinking, fast-living lifestyle of Jazz-age Paris puts a strain on Ernest and Hadley’s marriage and threatens the happiness of their early romance.

Anna and the French Kiss by Stephanie Perkins. Although this is a lighter, happier story, this book has a lot of depth that is a lot of fun to read. Anna is sent to Paris against her wishes for her final year of high school but it becomes a pivotal year in her life as she learns what she is capable of and gains independence and confidence. Paris is beautifully integrated as backdrop here.

A Family in Paris by Jane Paech. This is the true story of an Australian family that moves to Paris for the husband’s job. Their two girls are enrolled in the local school and Jane works to integrate herself into daily Parisian life. Fascinating insights into the lives and rituals of ordinary Parisians, the French educational system and the reality of Parisian bureaucracy. Lots of photos too.

Sarah’s Key by Titiana Rosnay is a novel that brings to light a rarely told, shameful chapter in Parisian history – the deportation of Jews from Paris during the Nazi occupation in 1942. Heartbreaking and often difficult to read, this story shows the suffering, the impossible decisions that had to be made and the guilt carried by the survivors. Long unacknowledged, there is now a memorial in Paris dedicated to the victims of the deportation.

Paris Letters by Janice Macleod. Another story of someone packing up and moving to Paris and finding her happily-ever-after. It’d be kind of annoying except that Janice worked really hard to make it happen and she’s pretty funny. The book also acts as motivation to work for what you want and to hold onto those dreams. Also, lovely hand drawn illustrations.

If you’d rather watch something this month you have nearly as many choices. Three of my favorites:

Hugo is breathtakingly beautiful and magical. That train wreck really did happen (in 1895) and that clock is based on the iconic clock at the Orsay Museum. The book the movie is based on, The Invention of Hugo Cabret won the 2008 Caldecott Award and is well worth reading too.

Midnight in Paris is Woody Allen’s love letter to Paris. I’m not always a Woody Allen fan but this movie is gorgeous and fun with just the right amount of fantastical. Paris never looked so beautiful.

Amelie. If you have not seen this, drop everything and find a copy immediately. It’s quirky and delightful and sweetly romantic and very funny. Filmed entirely on location in Paris, you see the “real” Paris beyond the tourist sites. Yes, it’s in French and yes you have to read subtitles – grow up! Read a movie! It is so worth it.

There are so many more books and movies about Paris from classics (Phantom of the Opera, Les Miserables, A Moveable Feast) to mysteries (Cara Black has a series set in Paris) to history (look in the 944 Dewey subject area) to cookbooks (David Lebovitz and Julia Child to name just two) that there is sure to be something that catches your eye. We’ll have displays at all three of our buildings too so stop in and get your ticket (er, book or movie!) to Paris!

2016 is almost over which means it’s time to start thinking about our next Reading Challenge. In 2017 we’re going to travel the world! Don’t worry about buying plane tickets or packing a bag though, we’re going to explore the globe through the magic of books!

Just like last year, the Reading Challenge is very low-pressure with an emphasis on discovering books and authors you may not have tried yet. You can participate every month, or only the months that interest you. Remember – there are no Library Police that will come knocking on your door if you fail to finish a book each month! Read for fun, for discovery, to learn something new – kind of like travel which opens your eyes to cultures and sights beyond your own backyard.

Unlike last year, we’re going to include non-fiction (great for history buffs), movies and music as part of a well-rounded experience. You can read a book or listen to it on audio, watch a movie or delve into the music of the culture or any combination of these. All without leaving your home! (Well, you might want to plan a trip to the library to pick up your books and movies!)

There will be new bookmarks available at the library beginning in January and we hope to have some free printables for you over the course of the year – more bookmarks, a reading journal, inspirational quotes, etc. Watch the blog for updates.