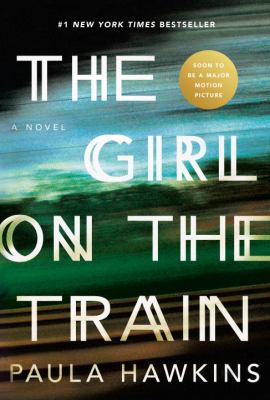 The Girl on the Train is a messy intrigue of a book. If you’ve read Gone Girl, this book covers the same bases: suspense/psychological/mystery fiction, murder victims, witnesses, married people, and missing persons. This book is fast-paced and, at least for me, it was difficult to pin down who the killer actually was.

The Girl on the Train is the story of Rachel Watson’s life post-divorce. Every day she takes the same commuter train to London to work and passes the same houses and scenery. As one is apt to do on long train rides, Rachel creates stories about the people, places, and things that she sees along the way. One particular couple catches her eye on every trip. Rachel soon finds herself looking out for this married couple every time she speeds by, hoping to catch more of a glimpse into their daily lives. She gives them names, invents background stories for them, and even gives them careers. Everything is seemingly perfect until one day when she sees something out of the ordinary happen at the married couple’s home and soon after, the woman goes missing.

Rachel is forced to confront whether she should go to the police, contact the missing woman’s husband, or just lay low. Rachel is having a rough time dealing with her past, with her ex-husband, Tom, and his new wife, Anna. Her life is spiraling out of control and the peace that she found while watching the married couple has been shattered, leaving her in the lurch and without a solid place in the world. This novel shifts between three different narratives: Rachel, Anna, and the missing woman. Each narrative is packed full of action. Readers will be left wondering what happened and wondering about each characters’ motives.

The Girl on the Train will also be released as a movie on October 7th!

This book is also available in a wide variety of other formats.