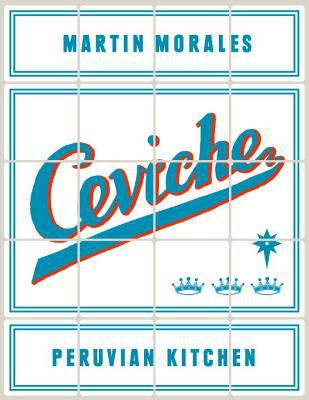 Ceviche the Peruvian Kitchen is the first major Peruvian cookbook published for a US audience, featuring 100 recipes from the owner of London’s critically acclaimed restaurant Ceviche.

Flavor-driven and captivating, Peruvian dishes are unique and familiar at the same time. This cuisine combines native ingredients that are becoming increasingly popular in their own right (such as quinoa and amaranth) with Spanish, Italian, Chinese, and Japanese techniques and ingredients to create fresh, multicultural gourmet dishes that appeal to America’s ravenous taste for ethnic food. 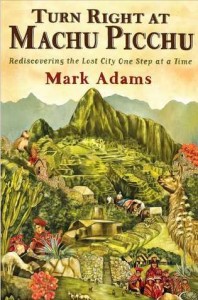 What happens when an adventure travel expert – who’s never actually done anything adventurous – tries to re-create the original expedition to Machu Picchu? That’s exactly what Mark Adams does in Turn Right at Machu Picchu and lucky for us, we get to ride along vicariously.

July 24, 1911, was a day for the history books for on that rainy morning, the young Yale professor Hiram Bingham III climbed into the Andes Mountains of Peru and encountered an ancient city in the clouds: the now famous citadel of Machu Picchu. Nearly a century later, news reports have recast the hero explorer as a villain who smuggled out priceless artifacts and stole credit for finding one of the world’s greatest archaeological sites.

Mark Adams has spent his career editing adventure and travel magazines, so his plan to investigate the allegations against Bingham by retracing the explorer’s perilous path to Machu Picchu isn’t completely far- fetched, even if it does require him to sleep in a tent for the first time. With a crusty, antisocial Australian survivalist and several Quechua-speaking, coca-chewing mule tenders as his guides, Adams takes readers through some of the most gorgeous and historic landscapes in Peru, from the ancient Inca capital of Cusco to the enigmatic ruins of Vitcos and Vilcabamba. Along the way he finds a still-undiscovered country populated with brilliant and eccentric characters, as well as an answer to the question that has nagged scientists since Hiram Bingham’s time: Just what was Machu Picchu? (description from the publisher)

Bad Behavior has blocked 1324 access attempts in the last 7 days.