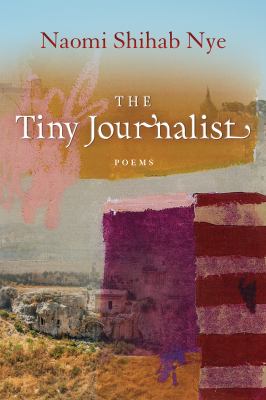 The daughter of a Palestinian immigrant to the US, Naomi Shihab Nye, latest collection of poetry delves into the heavy topic of the the Palestinian-Israeli conflict and the real disparage of land, power, culture, and control. The poems can each stand on their own but as an inter-woven tapestry are reminding the reader of the brutality of borders, walls, occupied lands and conflict.

In one of her poems from the collection:

“Losing as Its Own Flower,”

“Truth unfolds in the gardens,

In a way, we did lose. Where is everybody?

The reader is reminded of the beauty of life and the simplicity of the earth’s nourishment in contrast to boundaries – mental, physical, emotional, and the tragedies of war, death and fighting created by man.

The Tiny Journalist focuses on the struggles for all humans not just those in Palestine or Israel, but more on the elements of the disparities of war and the nonjudgmental hand of destruction.

Bad Behavior has blocked 1385 access attempts in the last 7 days.