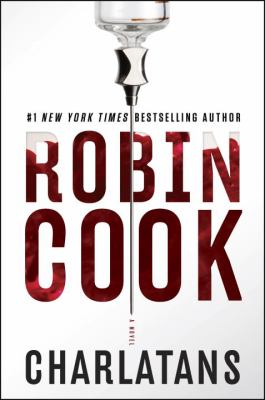 Medical school is daunting, add in the added responsibility you take on the further and further you go in teaching hospitals and even before residents are hired on as staff, they are forced to make tough decisions. Robin Cook’s newest medical suspense novel, Charlatans, deals with the tough calls that doctors have to make on a day-to-day basis and just who is around to make sure those doctors stay honest. No one knows this more than the newly minted chief resident at Boston Memorial Hospital, Noah Rothauser. His new super chief position means that he is now responsible for all the surgical schedules, the training of the new residents, and handling the Morbidity and Mortality conferences that happen every time a patient dies. Noah is hopeful that the recent updates to the BMH’s operating rooms will be positive and will decrease the number of deaths that happen during surgery. After all, Boston Memorial Hospital is a famed teaching hospital that is known for being at the top in terms of medical advances and is also known for hiring only the best of the best. Updating those operating rooms will only help, not hinder.

That’s what Noah thinks anyway. All is going well until the death of a healthy hospital employee during a routine procedure. An anesthesia error seems to be the cause of death, but Noah doubts that. He believes that Dr. William Mason, a world-class surgeon, juggled patients and made a fatal error during the surgery that cost the patient his life. Mason won’t go down without a fight however and blames the anesthesiologist, Dr. Ava London. Noah isn’t sure who to believe, but does his due diligence into the background of this case to find out what really happened.

Thinking this case is behind him, Noah tries to move on. More anesthesia-related deaths occur however, and Noah finds himself having to question everyone that was involved in each case. Secrets come out and Noah finds himself getting to know Dr. Ava London more closely as he works with her to find out what really happened to cause those deaths.

Noah has to figure out what happened quickly because he soon realizes that there is much more to Ava than he originally thought. His own job and credibility are soon put to the test. Noah’s search for the truth is at an all time high as he works to figure out who really is at fault surrounding those three deaths and who is really telling the truth. After all, we all have something to hide, don’t we?

Bad Behavior has blocked 1387 access attempts in the last 7 days.