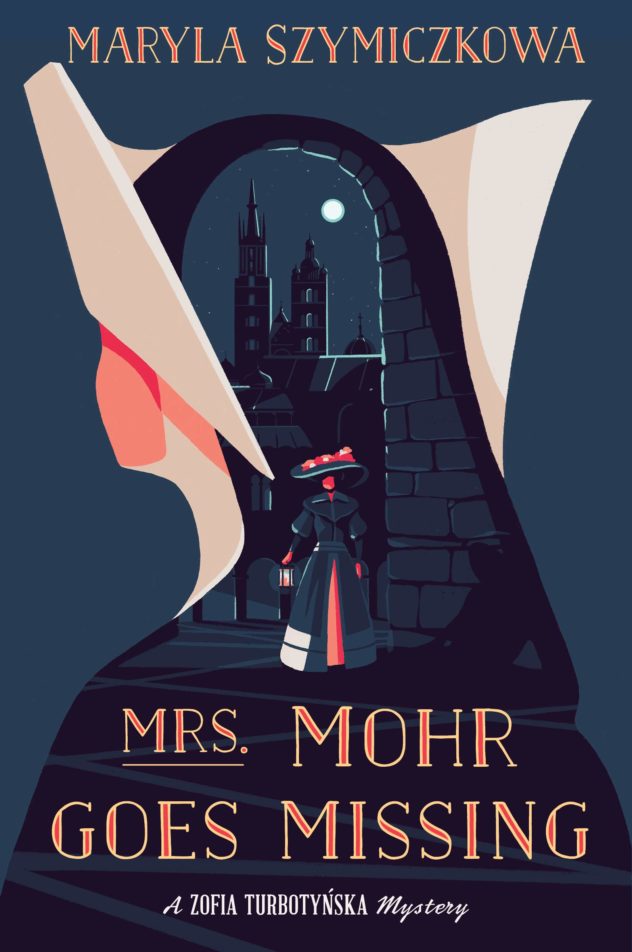 Set in southern Poland at the turn of the century in 1890, Mrs. Mohr Goes Missing , is the first book in a new series by Maryla Szymiczkowa, a pseudonym for two Polish authors.  The book offers a  unique look at the culture, lifestyle and social climbing of the upper class society in Cracow, which comes alive through our heroine, Zofia Turbotynska.  Zofia is the  wife of a university medical professor who is looking to strengthen (and elevate) her social status with a variety of charitable endeavors but finds her true calling as a newly minted sleuth.

Her favorite organization of the moment, Helcel House, is a retirement home run by a bevy of nuns who she finds in panic one morning upon the disappearance of an elderly resident, Mrs. Mohr.  Mrs. Mohr is finally located dead in an attic room that would be impossible for her to reach in her immobile condition.  Zofia starts her own investigation after the police rule the death an accident.  Soon thereafter, another resident of Helcel House goes missing and then a third disappears and Zofia is confident that someone is targeting the elderly residents of the home.  Investigating the cases with only her cook and one inquisitive nun in her confidence, Zofia is able to solve the complex case near the end of the book while gathering all the parties together at the Helcel House for an unveiling of the real killer.

Its glimpse into the changing landscape of Poland is what initially caught my attention.  As mysteries are my genre of choice, the cultural context and hierarchy of their society was fascinating as well.  The author provides a nice summary at the beginning of the book that details the complex history of Poland during the 1800s, which includes being partitioned by the empires of Prussia, Russia and Austria.  If you like the feel of a cozy mystery with a rich historical glimpse into the past, Mrs. Mohr Goes Missing is a great choice. 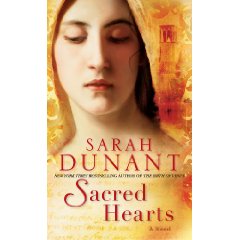 Set in 1570 in northern Italy,  Sacred Hearts by Sarah Dunant gives us a fascinating look inside the fictional convent of Santa Caterina. The typical image of a nunnery may be of silence and quiet contemplation, but within those walls there is a community with it’s own secrets, intrigues and power plays.

While many women entered the convent voluntarily either as a religious calling or a refuge from a demanding father or husband (in many ways, convents allowed women a level of independence they could never enjoy in the outside world with time to pursue their interests in art, literature, science and education), many were forced to take the veil. In Italy in the late 1500s, the price of a wedding dowry had become so high that most noble families could only afford to marry off one daughter; the only alternative for an unmarried daughter was the convent. When one of these women is sent to Santa Caterina against her will, her fierce determination to escape shakes the very foundation of the power structure within the convent, creating new alliances and seismic shifts in fundamental beliefs.

Dunant is an excellent storyteller, peopling her novel with fascinating, complex characters, from Suora Zuana the convent’s apothocary who takes the heartbroken and angry novice Serafina under her wing, to the Abbess whose power – and secrets – are challenged. Readers will quickly become immersed in the politics and customs of 16th century Italy. There is – perhaps surprisingly – a lot of action and many tense moments; this book is a page turner. And finally, at it’s very center, it’s a love story – fierce and steadfast against great odds.