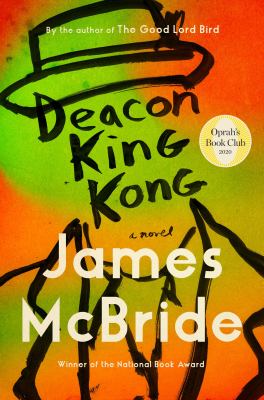 by James McBride is her latest pick. A work of domestic psychological fiction set in 1969 in a housing project in South Brooklyn.

In September 1969, a fumbling, cranky old church deacon known as Sportcoat shuffles into the courtyard of the Cause Houses housing project in south Brooklyn, pulls a .45 from his pocket, and in front of everybody shoots the project’s drug dealer at point-blank range. The reasons for this desperate burst of violence and the consequences that spring from it lie at the heart of Deacon King Kong, James McBride’s funny, moving novel and his first since his National Book Award-winning The Good Lord Bird. In Deacon King Kong, McBride brings to vivid life the people affected by the shooting: the victim, the African-American and Latinx residents who witnessed it, the white neighbors, the local cops assigned to investigate, the members of the Five Ends Baptist Church where Sportcoat was deacon, the neighborhood’s Italian mobsters, and Sportcoat himself. As the story deepens, it becomes clear that the lives of the characters–caught in the tumultuous swirl of 1960s New York–overlap in unexpected ways. When the truth does emerge, McBride shows us that not all secrets are meant to be hidden, that the best way to grow is to face change without fear, and that the seeds of love lie in hope and compassion. Bringing to these pages both his masterly storytelling skills and his abiding faith in humanity, James McBride has written a novel every bit as involving as The Good Lord Bird and as emotionally honest as The Color of Water. Told with insight and wit, Deacon King Kong demonstrates that love and faith live in all of us. 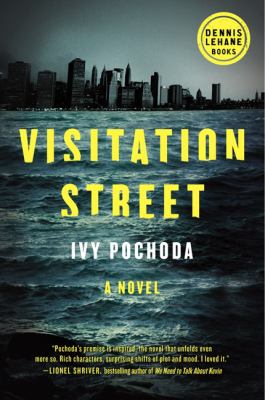 Bored and restless on a hot summer night in Red Hook, Brooklyn, 15-year-olds June and Val decide to take a pink raft down to the docks and float out into the bay.  The next morning, Val is found unconscious under a pylon, but June remains missing.  Her absence becomes a catalyst for new relationships and a weight for the residents trying to find a way out.

Red Hook, Brooklyn has become the butt of a lot of hipster jokes in the last couple of years, and along with the gentrification of the neighborhood and the devastation caused by hurricane Sandy in 2012, Red Hook has found itself in national headlines.  Pochoda’s examination of this historic neighborhood takes place right on the cusp of this change. Visitation Street is about a specific place at a specific time, but feels remarkably universal. Most young people are reaching to move beyond the circumstances to which they’re born, and as young people from across the country move to newly cool Red Hook, many of the long-term residents of Red Hook are looking for a way out.

Ivy Pochoda’s Visitation Street presents the voices of this urban, changing neighborhood in the midst of tragedy.  I often speed through books I like, wanting to find my way to the conclusion.  But in Pochoda’s debut novel, I took my time.  I genuinely liked Fadi, Cree, Val, Jonathan, Ren, and Monique — flaws and all.