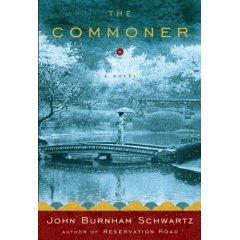 Offering a peek into the largely closed and secret world of the Japanese royal family, The Commoner by John Schwartz is the story of Haruko, the first commoner to marry into the oldest monarchy in the world. Set in the years immediately after World War II when Japan was undergoing great change, Haruko goes from the relative freedom of a well-educated college graduate to a tightly the controlled world of a princess whose only duty was to produce a male heir. Spare and beautiful, it is a culture very foreign to us, but the thoughts and feelings of its characters are universal. While the storyline is somewhat similar to recent real-life events in Japan, this is a novelization, beautifully imagined.

Bad Behavior has blocked 1623 access attempts in the last 7 days.