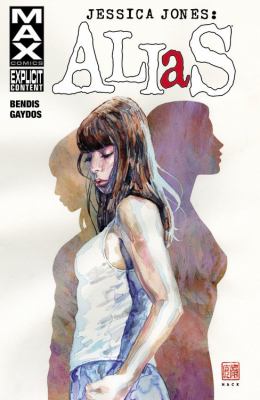 The final season of Jessica Jones is about to be released on Netflix on June 14th. If you have an interest in reading the graphic novels that inspired the show, Brian Michael Bendis’ run on Alias is a great place to start. You will be able to check out the full run of Bendis’ take on Jessica Jones at the Davenport Public Library.

Alias follows Jessica Jones, an ex-superhero as she works as a private investigator in New York city. When she is given a suspicious case from a shady client, she falls down a rabbit-hole of controversy and intrigue that implicates some of the biggest heroes in the Marvel universe.

Brian Michael Bendis does a phenomenal job of making the dialogue feel real and giving each of the characters a distinct voice and personality. Bendis has been known for writing a wide range of characters, from Moon Knight and Miles Morales to Superman, he is one of the leading writers of super hero comic books from the past decade.

Alias is a great book to get started if you are unfamiliar with the Marvel universe too, it doesn’t require any background reading and the reader can just jump in and enjoy Jessica and her many adventures as a PI with super powers. If you are also interested in catching up on the Jessica Jones TV show that was based on this graphic novel, the Davenport Public Library is also a place where you can check out the show as well.