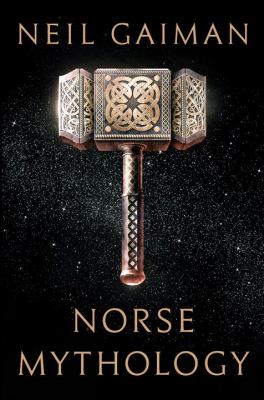 I love any story that has to do with mythology. I am more familiar with Greek mythology though, so when I stumbled upon Norse Mythology by Neil Gaiman, I decided to give it a go. After all, Norse mythology deals with Thor, Odin, Loki, Freya, and many other Norse gods. If you’ve watched any Marvel Avengers movie, then you’re familiar with Thor and Loki. I wanted to read this book to see how close Marvel followed the Norse mythology(laughable, yes, but nevertheless I was curious). Add in giants, dwarves, ogres, and multiple other fantastical beasts and I knew I would enjoy it.

Norse Mythology by Neil Gaiman spins the fantastical realms of the primeval Norse myths into a novel. Gaiman begins by describing the origins of the nine worlds and ends with Ragnarok, the time when the gods will die and a new world will take over. In between the beginning and decimation of all, Gaiman weaves stories of the different giants, dwarves, and deities who inhabit the nine worlds. This book was a fascinating read and Gaiman stays true to the actual Norse myths. Remember that this is a work of fiction, however, and he did recreate the characters a little bit to make it more interesting. Nevertheless, this book was a thoroughly engaging read. If you have the option to listen to it, I recommend you do because Neil Gaiman actually narrates it himself! Worth it.

Gaiman is a masterful storyteller whose lyrical thoroughness is out in full force as he breathes new life into these long-ago myths. Thor, Loki, and Odin seem to jump off the page as they fight to keep order throughout all nine worlds. Everyone manages to get into a little bit of trouble (I mean, Loki is a trickster God after all…), so you know things are going to get crazy. Each story told adds in multiple elements and different layers to the gods’ lives. I really enjoyed this book and hope you do as well!

Bad Behavior has blocked 707 access attempts in the last 7 days.