I love learning about local history. One of my favorite things to do is to do research and see if there are any local people who have become famous and have made it onto the national radar of notice. My newest local famous Quad City discovery is John Looney. 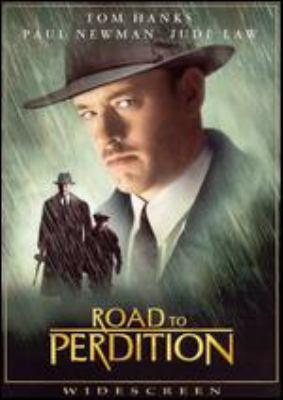 My journey into John Looney’s life began with the movie, Road to Perdition. This movie stars Paul Newman as John Looney, an Irish Gangster, and his adopted/surrogate son, Michael Sullivan, played by Tom Hanks. Sullivan is a hit man committing murders for his boss, Looney, who just happens to be in tight with Al Capone and the Chicago mobsters. Looney is highly involved with mobster scene in the “Tri-Cities,” which are Rock Island, Moline, and Davenport. (This is when my interest was piqued!) Mass confusion and violence happens when Sullivan’s son stows himself away in his father’s car and unwittingly witnesses a murder at the hands of his father and Looney’s biological son, Connor. After that murder, Connor feels the need to protect his father and sees the only option to be killing Sullivan’s entire family.. This movie is loosely based on part of the lives of John Looney and his son, Connor.

(This movie was based on a graphic novel, Road to Perdition, that was also written by a Quad City native, Max Allan Collins, born in Muscatine, Iowa.)

With my interest piqued after watching the movie and then reading the graphic novel, I 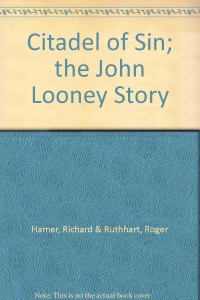 wanted to learn more about John Looney’s real life. I found a biography entitled, Citadel of Sin: The John Looney story. In this book, Richard Hamer and Roger Ruthhart map out Looney’s life from birth to death. John Patrick Looney was the oldest boy of eight children born to Patrick and Margaret Looney of Ottawa, Illinois in 1866. His father moved to America in 1855 from Ireland and the family eventually settled in Ottawa, where John was born. John worked for the Western Union at the Rock Island train station in Ottawa as a telegrapher in 1881, before he moved to Rock Island in 1885 and became the head of the city telegraph station there.

In Rock Island, John’s life changed. He became interested in politics and wanted to become a prominent, wealthy, and respected member of the community. Before he turned 23, Looney was in charge of several precincts in Rock Island and was elected President of the Fifth Ward Democratic Club. Looney then passed the state bar exam and opened up a law practice. The law practice introduced him to many shady underground characters and that way of life eventually consumed Looney, leading him to manipulate the law to get what he wanted and descending into lawlessness. Check out this book to learn more about the infamous John Looney and the impact he left on the Quad Cities. 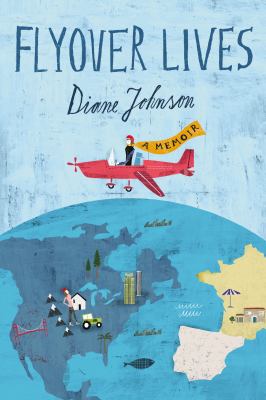 For those of you not familiar with Diane Johnson, she is a writer who grew up right in the Midwest, in Moline, Illinois to be specific. Her Midwest roots can be found throughout her writings, specifically in her memoir, Flyover Lives.

Johnson grew up in Moline and writes that the Midwest was a place she wanted to escape from. She  eventually ended up in California and then in France, where the idea for this book sprang forth. At a house party in France, Johnson’s friend told her that Americans had an “indifference to history,” that that was why Americans were naïve and didn’t have as much of a grasp and pride in their history as the French did. When Johnson eventually made her way back to California, this conversation stayed stuck in her head. What if the people in the Midwest, otherwise known as the flyover states, also flew over their family history with little thought given to where they came from and the struggles of their ancestors? This bothered Johnson and she set out to find out more about her genealogy. This book serves as her rebuttal.

Accompanied with pictures from her life and her ancestors’ lives, Johnson weaves together a story about the hold that home has on us all and our twin desire to escape to other places and make a name for ourselves. Johnson and her readers will find similarities between their own lives and the descriptions of her ancestors and their eventual journey to the Midwest. The letters and memoirs Johnson discovered serve as the backdrop to her exploration of a proud family history that ends up in the Midwest with the potential to leak around the world.

Looking for more books by Johnson? You’re in luck! The library has a number of books by her like Le divorce, Le mariage, and L’affaire. Some of these books are also available in large print, e-books, and audio books. Le Divorce was also made into a movie. Interested in finding copies of those, either click on the titles or visit the library catalog and search. 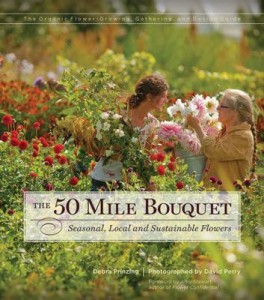 Most flowers on the market today are imported, mass-produced and chemical-laden. The 50 Mile Bouquet  by Debra Prinzing introduces some of the innovative voices of the dynamic new Slow Flower movement: the organic flower farmers, the sustainably-motivated floral designers…and the flower enthusiasts who are increasingly asking, “where and how were my flowers grown, and who grew them?”

With documentary-feature reporting and full color photographs, this visually elegant book takes us into the farms and design studios of these slow-flower folks to follow the green journey of the 50 mile bouquet. This is the first book to spotlight this major transformation in how cut flowers are grown, designed and consumed, which closely mirrors the locavore/slow food revolution in the culinary world. The 50 Mile Bouquet is the slow flower guide to organic flower-growing, gathering and design. Foreword by Amy Stewart, author of Flower Confidential. (provided by publisher) 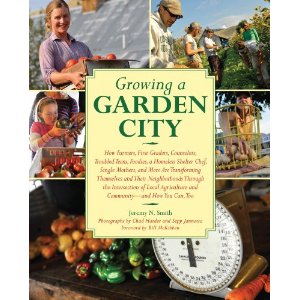 We’ve been hearing a lot of buzzwords these days regarding food – “organic”, “local”, “green”, “locavore”, “natural”, “ecological”, “environmentally friendly”, “free range”. Putting all of those concepts and philosophies into practice though – that’s another story, one that seems nearly impossible. However, Growing a Garden City by Jeremy Smith will show you that not only is eating healthy possible, you can also make a difference in your part of the world while you’re at it.

Growing a Garden City follows the community based garden project called Garden City Harvest located in Missoula, Montana, from its modest beginnings to a growing program that not only touches many aspects of the community, it serves as a source of pride. The range of projects and people they’ve assisted is astonishing. They include schoolchildren who visit the farm, troubled teens given a sense of purpose by working on the farm, local university students getting hands-on experience and the homeless and hungry who now have a wide variety of fresh, healthy produce (a rarity in many food banks). The community as a whole is encouraged to participate in the many classes, field trips, summer camps and other education programs as well as the garden plots available for individuals to rent. There are public events throughout the year which include concerts, picnics, lectures and readings making this a truly community-wide program.

Beautifully illustrated, full of practical ideas and inspiring stories, Growing a Garden City will not only show you how it can be done, it gives you hope for the future.