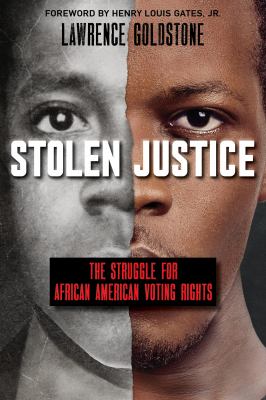 “Whenever the people are well-informed, they can be trusted with their own government; whenever things get so far wrong as to attract their notice, they may be relied on to set them to rights.”              -Thomas Jefferson

An election year is an exciting time to be in Iowa. It is also a good time to take the opportunity to raise your awareness of the history of voting in our country.

Does it seem like a tall order to go out on a cold, dark night and spend several hours at a caucus when there is work to be done or family to look after at home?  Does it feel like a chore to remember to diverge from the usual daily route to go cast a vote on election day? I am reluctant to admit to you that it has, at times, been so for me.

We would do well to remember that so many before us have suffered mightily to secure such rights and bring us to where we are today. Let us pause this February -Black History Month- during this election year to reflect on the historical significance of African American voting rights in particular.

In his book Stolen Justice: The Struggle for African American Voting Rights, Lawrence Goldstone chronicles the struggles encountered and overcome by black Americans whose voting rights have been suppressed. Goldstone shows us many of the ways voter suppression and oppression has happened through violence, misinformation and even through the manipulation of laws.

Have you heard about the widely respected mid-19th century Harvard University professor by the name of Louis Agassiz who promoted a science called polygenism?  Polygenism purported that blacks and whites developed from different ancestors and that blacks were not even human. Agassiz and others like him imposed this idea as so-called proof that blacks were inferior and unsuited for anything but menial labor.  Charles Darwin’s On the Origin of Species by Means of Natural Selection, or the Preservation of Favoured Races in the Struggle for Life was published in 1859 and changed that theory.  According to Goldstone, “Agassiz furiously condemned natural selection as ‘a crude and insolent challenge to the eternal verities, objectionable as science and abominable for is religious blasphemies.'” Though polygenism eventually died, racial inequity did not.

Learn more by checking this book out from the Learning Collection at The Library at Main.

Bad Behavior has blocked 1213 access attempts in the last 7 days.