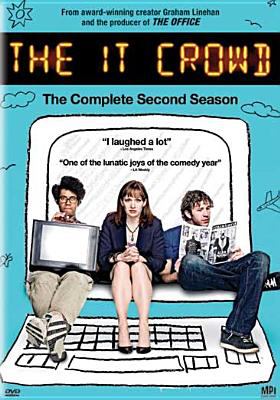 For sheer lighthearted sitcom fun, few shows can compete with The IT Crowd. It follows the well-known workplace sitcom format: in each episode, we see the three principal characters interacting in their shared office. As the IT staff of a large corporation, Jen, Moss, and Roy deal with the technological incompetence of their superiors, the ingratitude of their coworkers, and the everyday indignity of being a nerd. Jen is the head of the department, the “relationship manager,” despite having no knowledge about computers, for which Roy and Moss tease her relentlessly. Roy is a selfish, laid back, halfheartedly kind bloke; perpetually single but not bitter about it, his best friend and coworker Moss is very shy and considerably weirder than his friend. Moss is the type to obsessively count the staples in his stapler and email the authorities about a fire when he gets flustered and can’t reach them on the phone. Luckily, the socially adept Jen is there to smooth things over and keep the place running, but she isn’t without her own foibles; her ignorance has gotten her into hot water more than once, like when she believed Roy when he told her that “typing Google into Google can break the internet” and passed on this dire warning to the board of directors, or when she pretends to be a classical music expert to impress a date – only to have that date ring her up from the set of “Who Wants To Be A Millionaire” asking for her help on a classical music question.

For a lighthearted workplace comedy, The IT Crowd is in the running as my favorite. The episodes “The Haunting of Bill Crouse” (wherein Moss accidentally convinces the whole office that Jen has died), “Are We Not Men?” (the guys pretend to be soccer fans to make friends and end up accessories to a robbery), and “Italian for Beginners” (where Jen uses translation software to pretend she speaks Italian) are absolutely hilarious, and it was hard to stop that list at just three. Recommended for fans of The Office (British or American), Parks & Recreation, Spaced, Coupling, and Community.

Bad Behavior has blocked 1488 access attempts in the last 7 days.