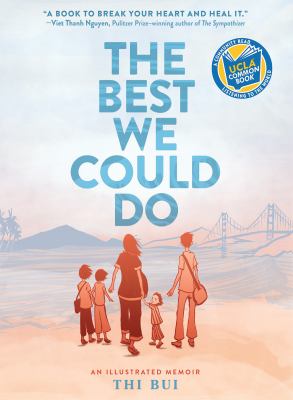 “The Best We Could Do” by Thi Bui is a poignant, heart-rendering graphic novel about a Vietnamese family’s history and struggle emigrating from Vietnam to the United States during the Vietnam War. The story is set in current times with reflections and flashbacks referencing the author and her parents’ journey of war and struggle in leaving their home-country of Vietnam. The book references the wars and trials of the Vietnamese people before and during the Vietnam War but brings a specifically personal account of Thi Bui and her families journey, highlighting her family’s success and trials of making it out alive with their children only to then come to a new country to find new struggles as refugees or émigrés (which is an emigrant, but more fully defined as “a person who emigrates for political reasons”) learning a new language, culture, political system, and a whole new way of life in the United States.

“The Best We Could Do” is a graphic memoir, well written and painstakingly descriptive that will leave the reader haunted by the beautiful drawings and horrible atrocities of war. As it is a comic book, it is a super quick read that will leave the reader with a greater understanding of life and struggles of refugees and survivors of war as well as their immigrant struggles in living in a new country having survived. The memoir comes full circle by beginning and ending with life… “The struggle to bring life into this world is rewarded by [the cry of a baby]. It is a single minded effort uncluttered and clear in it’s objective. What follows afterward- that is, the rest of the child’s life – is another story.” And thus ends with the author having hope for her newly born child and the life they will live. 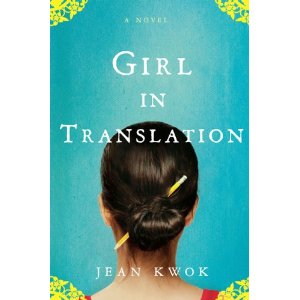 Based in part upon her own life experiences, author Jean Kwok has hit the mark in her debut novel, Girl in Translation.  Much like her character, Kwok also emigrated from Hong Kong and starting working  in a Chinese sweatshop at a young age.  She and her family also lived in a roach and rat-infested apartment — without heat!   Still, this story is not so much about deprivation, but more of a story about hope and about overcoming adversity — in short, it’s today’s version of the American dream.

Ah-Kim Chang (translated to Kimberly once they moved to New York) had always excelled in school.  After her father died, she and her mother are indebted to Aunt Paula for financing their trip to America, so they both begin working long hours in a Chinatown clothing factory for much less than minimum wage.  On top of this, they live in a condemned apartment (think roaches, no heat, and garbage bags covering the window) and Kimberly must also attend school, where language and cultural differences abound. As she begins to master English, she again begins to show academic promise, eventually earning admission to an elite private high school, and thereby paving the way for her ticket out of the slums.

The author sometimes spells out conversations phonetically — an effective technique –especially since she  wanted the English-speaking reader to understand life on the “other side of the language barrier.”  She also incorporates a few surprising plot twists at the end, which helps makes the story even more personable and endearing.   Highly recommended.

Bad Behavior has blocked 1393 access attempts in the last 7 days.