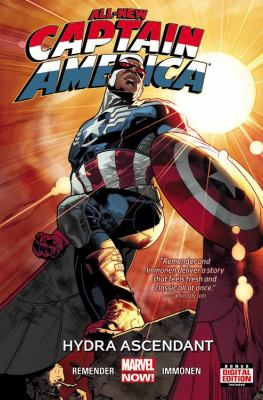 Captain America is a widely loved and widely known superhero, one who fights for good against evil while decked out in red, white, and blue. The origin story of Captain America is fairly well-known following Steve Rogers’ journey to ultimate patriotic superhero. Movies both starring Cap as the major protagonist and also as a supporting character backing up the Avengers helped bring up his popularity.

Cap finds a sidekick in his friend, Nomad. They work together to combat Hydra, only to discover that Hydra has infiltrated every aspect of society around the world. Nomad and Cap must rush to figure out Hydra’s ultimate plan, battle the Sect of the Unknown, and try to combat old villains as Steve Rogers’ band of villainous enemies start coming out of the woodwork to take down the new Cap and join Hydra. Sam and Nomad battle against the new generation members of Hydra, working out their battle techniques and trying to figure out what massive world-dominating plot this far-reaching network of super villains has in store. Once they figure it out, will they be able to stop or will this new band of fighting heroes be relegated to the sidelines as the public clamors for its original superheroes to come back and save the day? This new graphic novel definitely caught my interest and has me wanting to learn more about this new Captain America and his comrades.