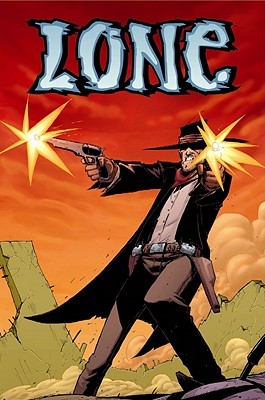 Years after a massive nuclear & biological war laid waste to the Western U.S., radioactive zombies, mutants and murders roam the Western Wasteland. Luke, a gifted sharpshooter and her brother Mark barely escape with their lives after zombies overtake their town of Desolation. Once their family reaches safety, Luke sets out on her own to track the zombies – while they are somewhat intelligent, they are nowhere near smart enough to take over a town. Luke follows the zombies to the caves where she discovers … something leading the zombies. Luke has never seen anything like their leader, she only knows that it bleeds yellow.

Once Luke returns and reports what she saw (and barely escaped from) her mother sends her and her brother on a journey thought the Western Wasteland to find a man named Lone. Only he, their mother says, can save them.

Travelling across the dangerous wastes, Luke and Mark find an old farmer, who, once he learns of the “zombie boss” that bleeds yellow, agrees to help them find Lone. But while finding Lone is one thing, it is quite another to convince him to help.

Lone had been in the war and he had been changed, experimented on, and became something more powerful than a man. His fellow soldiers in this private army were the same, and elite force to protect mysterious masters. Gunfathers, they were called, and they were not like anything Lone had seen before. And they bled yellow.

Lone had long thought the Gunfathers had all been killed in the apocalypse that followed. Lone agrees to help Luke and Mark stop these Gunfathers and the monsters that follow them. And ultimately, finally discover who the Gunfathers are and why they destroyed the world. Or, at least, kill them all.

Jason and Whit Fireson keep dying, but they can’t seem to stay dead.

Leaders of the notorious, bank-robbing Firefly Gang, they wake up one day in a small-town morgue with no idea on how they got there. They should be dead – they both sport apparently fatal gunshot wounds – yet miraculously they’ve survived. Slipping away before the authorities realize what’s happened, they race to complete one more big job and to find the women they love.

Set in 1934 with the country mired in the Great Depression, The Many Deaths of the Firefly Brothers follows the adventures – and deaths – of the outlaws as they race across the Midwest, J Edgar Hoover’s fledgling FBI agency hot on their heels. To the common people, the Firefly brothers are seen as daring heroes, striking a blow against a broken system, and the stories of their escapades reach mythic proportions. To the law they’re an embarrassment that must be stopped.

Mullen does an incredible job of evoking the atmosphere of the times from the cars and the slang to the desperation, the fear, the feeling that society itself was breaking down. There’s a little of everything here – kidnapping, gun fights, car chases, narrow escapes, blood and violence.  There’s also loyalty and friendship, family ties that reach across time and distance, love that outlasts death with an ending that leaves plenty of room for discussion.