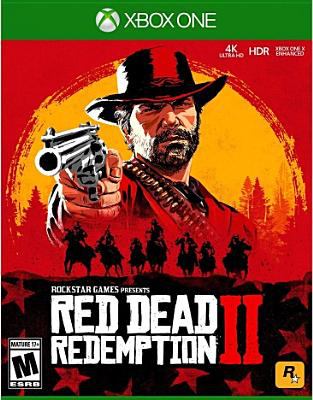 In the first Red Dead Redemption, the protagonist John Marston is coerced by the feds into hunting down and killing his former gang leader and surrogate father, Dutch van der Linde. After a long and bloody search, John finally catches up to Dutch in the mountains. “Our time is passed, John,” he says, before stepping off a cliff to his death.

He’s right of course; the only problem is he realizes it about a decade too late.

Red Dead Redemption 2 is a prequel set 12 years before the first game. It shows the final days of the Van der Linde Gang through the eyes of Arthur Morgan. It is the finest expression of the video game medium I have played to date.

The game opens in media res, as the gang deals with the fallout of a botched robbery job. They’ve fled into the mountains, where they’re beset by a brutal blizzard. Their caravan trudges through the already deep snow as it continues to pile up. Members are missing, dying, already dead. Folks are cold, tired, exhausted. They finally reach an abandoned mining village where they can set up camp. Dutch gives the group a pep talk before setting off with Arthur to meet up with the scouts that had been sent ahead.

It’s at this point that the game switches from cutscene to gameplay, and upon assuming control of Arthur it becomes apparent that this isn’t going to be your typical video game experience. Ludonarrative dissonance is a concept that refers to the conflict between a game’s story elements and gameplay mechanics. A common example is the Uncharted series of games, whose protagonist Nathan Drake is portrayed narratively as a lovable rogue with a heart of gold, while over the course of the game the player controls him as he kills hundreds of enemies without thinking twice. There is no such disconnect in RDR2. The caravan’s slow movement through the snow wasn’t simply an atmospheric affect; Arthur moves just as slowly under your control, and if you have controller vibration turned on, you can practically feel the horse struggling through the snowdrifts.

Before too long, Arthur and Dutch meet up with one of the scouts, Micah, who says he spotted a house with people in it. Micah leads the way, with Arthur bringing up the rear. Here again we see – or rather, hear – the game’s dedication to realism. The wind is howling, so Arthur and Micah can’t hear each other, relying instead on Dutch in the middle to mediate their conversation. When the trio reaches the house, Arthur and Micah hide while Dutch knocks on the door to ask the occupants for any supplies they could spare. As it turns out, a rival gang has gotten to the house first, and a firefight soon breaks out, giving you the first taste of the game’s cover-based shooting system. Like Nathan Drake, Arthur will drop hundreds of bodies before his journey is done; however, the game’s story makes it clear that Arthur is a hardened criminal. While he is likable at times, even charming, the game never lets you forget he is a thief and a stone-cold killer. Even Arthur himself is well aware of this fact. After all, he wouldn’t need to seek the titular redemption if he was already a good man. As for if he actually does redeem himself, well – that’s up to you. The story has four possible endings based on the choices you make throughout the game. 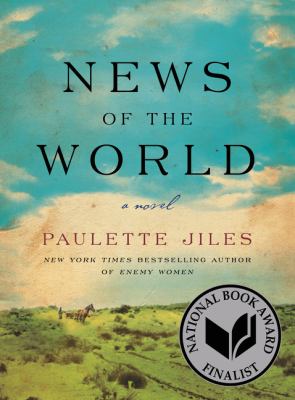 Captain Jefferson Kyle Kidd travels throughout north Texas, reading aloud news articles of interest to the small, scattered communities of a still very wild West. The year is 1870. The Captain has lived through three wars and has no desire to see another, keeping to himself except to collect coins earned from his readings, remembering the past but always moving forward, forever restless.

One day the Captain is given $50 in gold to return a 10-year-old girl back to her only living relatives, a 400 mile journey through hostile, difficult country. Taken by the Kiowa after they killed her parents and little sister four years earlier, Johanna has forgotten how to speak English, has no knowledge of white people’s rules and manners and wants nothing more than to return to her Kiowa family.

Gradually, with patience and kindness and shared hardship, Johanna and the Captain learn to trust each other. The Captain helps Johanna re-learn English and tries to reintroduce her to the white man’s world. Johanna becomes a fierce defender of the Captain, loyal against impossible odds.

When they finally reach their destination and the Captain delivers Johanna to her only living blood relatives, he realizes that she is viewed as an unwanted burden and that her life with them will be harsh and abusive. Can he leave them with her white family, or will he find another way to rescue her?

A wonderful, complex book, News of the World frequently reminded me of Lonesome Dove (although much shorter) – an epic journey across difficult terrain through a mostly lawless land where an individual must depend solely on his own resolve and resources. Kindness and softness are in short supply, danger lurks everywhere and the weak are not given any allowance. The Captain is a wonderful character – intelligent, thoughtful and authoritative, he has a sly, dry wit and a kind heart that he keeps carefully hidden. Johanna, nearly silent at first, gradually adapts and even thrives in the circumstances she’s been thrown into – her resilience is remarkable. A lovely book about the human spirit set against a wild, untamed landscape. Highly recommended.