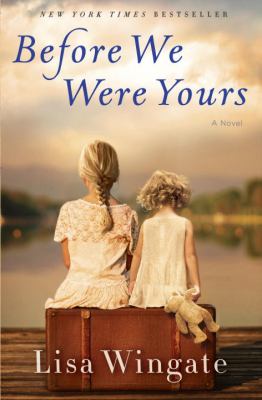 What would you do if you found out the life that you were living was a lie? If the life your parents or grandparents have lived was based on a lie? What if your entire family history was based on a lie? This is the true story for some children whose parents don’t tell them that they are adopted either until later in life or after the parents die. Such events can sometimes be traumatic, but it all depends on the child’s character and the sense of identity that they have developed. Will the news that they are adopted be easily accepted or will it throw their lives into upheaval as they work to find their birth parents and their biological heritage? Those questions are all prevalent through Lisa Wingate’s newest book, Before We Were Yours.

Before We Were Yours begins in Memphis, Tennessee in 1936. The five Foss children are anxiously awaiting the birth of their youngest new sibling while their mom labors inside their shanty boat home. Fearing for the mom’s life, the midwife demands that she be taken to the hospital to give birth or the babies and the mom will die. Shuttling her off to the hospital in a boat, the dad tells the eldest Foss child to watch over the siblings and stay at the shanty boat until they come back. Men show up in the middle of the night however and the Foss siblings’ lives are forever changed.

Flash to the present and Avery Stafford has come home to help her parents through her father’s cancer treatment and to also be groomed to possibly take over her father’s political career. At a particularly moving photo-op in a nursing home, Avery meets a woman who immediately captures her interest. The things this woman says to her has Avery shaken to the core. Avery decides that she needs to learn more about this mysterious woman’s life and thus begins a journey that will change her family’s history forever. Secrets never really stay secrets after all.

This novel shifts back and forth between the Foss children in the 1930s and Avery Stafford in the present. I really enjoyed the flip-flop between the two stories as the story of the Foss children created a deep swirling mystery around the woman in the nursing home and Avery’s grandmother. This book had me doing two things: learning more about Georgia Tann and the Tennessee Children’s Home Society AND looking into my family’s history to see what I did not know already.

Bad Behavior has blocked 2348 access attempts in the last 7 days.