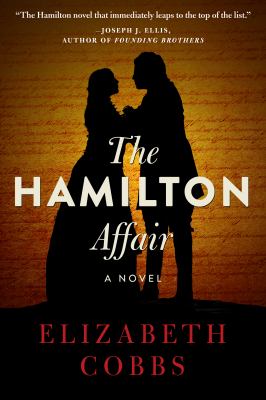 The Hamilton Affair tells the tale of Alexander Hamilton and Elizabeth Schuyler. The book begins with young Alexander living in Christiansted on the island of St. Croix (one of the U.S. Virgin Islands). Hamilton and his mother run a small store. They own a slave Ajax who is the same age as Alexander. The boys have been friends growing up but now his mother is coaching Alexander on how to be a proper gentleman. This includes giving orders to Ajax instead of being his friend. Alexander works very hard on his manners and his deportment. If he looks and acts like a gentleman, perhaps the people of Christiansted will forget that he was born out of wedlock. After his mother dies, Alexander Hamilton moves to New York and goes to school to college. The Revolutionary War begins and the reader finds young Alexander Hamilton a captain for the American Army. Captain Hamilton is close to General George Washington and works with him regularly. On one of his errands, he stops at General Schuyler’s house. This is when he first meets the General’s daughter, Elizabeth.

Elizabeth cannot stop thinking of the young captain. She is impressed with the way that he carries himself. Also, her father, General Schulyer, had recently lost command of his army to General Horatio. Hamilton does not agree with the situation; neither does Elizabeth. While Elizabeth is visiting relatives, she finds herself at a dance with Captain Hamilton. The two begin a courtship and they are married. The author Elizabeth Cobbs gives us Alexander and Elizabeth’s viewpoints throughout the book. Usually, the chapters alternate their respective stories which I enjoyed. It was nice to see how each one viewed an incident or a historical figure. Of course, this book is historical fiction, so the author took some liberties with parts of the story.

Alexander Hamilton was an interesting person. He was born an illegitimate child but desperately tried to prove himself a gentleman. As a child, his mother owned slaves, yet Hamilton did not believe in slavery. One of his closet friends was a man named Ajax Manly whom he met during the Revolutionary War. They were friends until Alexander’s death and Ajax and Elizabeth remained friends. Ajax falls in love with a slave woman and Hamilton helps the woman gain her freedom. George Washington liked Hamilton a great deal and promoted him to General during the Whiskey Rebellion. But Thomas Jefferson and James Monroe did not like Hamilton. Some people believed that Hamilton’s insistence on a centralized government was a sign that he was a monarchist. Jefferson especially took issue with Hamilton’s views on central government and a federal bank. The two would be rivals until Hamilton’s death in 1804 at the hand of Aaron Burr.

I believe that most Americans take for granted all of the work that the Founding Fathers (and Mothers) did to create this nation. We forget about how long the war was or long it took to ratify the Constitution. The date July 4, 1776 is engraved in our minds but we forget that other events transpired in order to form our government. Reading a book like The Hamilton Affair is a reminder of the hard work, the disagreements, the stress and the worry that the Founders faced. 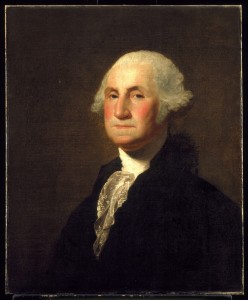 But according to the Federal Government, the official name of the holiday is George Washington’s Birthday.  On January 31, 1879, Congress declared February 22nd a holiday observed by federal employees in the District of Columbia. In 1885, the holiday was expanded to the whole country. For close to one hundred years, the nation celebrated Washington’s Birthday on the actual day of his birth.  This changed after the Uniform Monday Holiday Act of 1971 which moved federal holidays to Mondays in an effort to provide people with three day weekends.  George Washington’s Birthday was declared to be the third Monday in the month of February.  Since it fell between Washington’s and Lincoln’s birthdays, some states started calling the day President’s Day.

If you ask most Americans what they know about George Washington they will tell you three things:

From what I recall in history class, Washington became President and that was the end of the discussion on him. Of course, there was more to

the story. Recently I came across the book The Whiskey Rebellion: George Washington, Alexander Hamilton and the Frontier Rebels Who Challenged America’s Newfound Sovereignty by William Hogeland.  When the new Federal Government needed revenue, Congress decided that they needed to tax domestic products. Whiskey was the first American made product to be taxed.  People on the western frontier were outraged and they attacked a tax collector. The new nation was already facing a rebellion. President Washington and Congress had to decide how to react. How much power did this new government have? William Hogeland’s book provides insight to the President that we think we all know and details a forgotten chapter of American history.

Davenport Public Library offers a variety of sources about George Washington. Visit the library today to learn more about our First President. 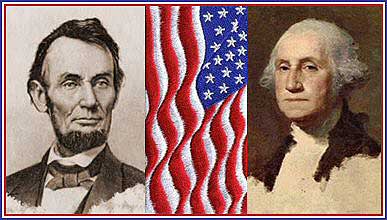 Originally set aside to honor George Washington (whose birthday is actually February 22), Presidents’ Day has unofficially expanded to include Abraham Lincoln (born on February 12) and sometimes even some other former Presidents, depending on what state you live in.

Have a great day!

Bad Behavior has blocked 1404 access attempts in the last 7 days.