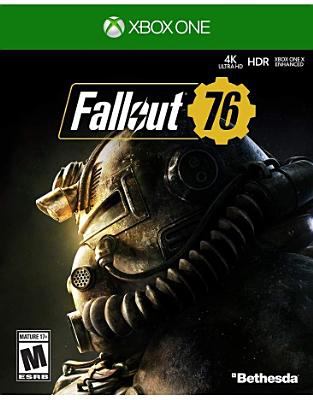 After the incredibly rocky launch in November of last year, Fallout 76 has received a number of updates and has been getting a lot more praise than it was just a few months ago. A lot of the lag and server side issues have now been patched to a reasonable level, the addition of new modes like Survival and new dungeons and questlines throughout the game world have also served to change a lot of people’s opinions about the state of the game. I think with all of these improvements in mind, it might be time to check the game out if you haven’t already or were turned away by it’s rocky launch back in November.

Fallout 76 is an MMORPG released by Bethesda Games Studio in November of 2018. It is the 6th Fallout game in the series and the 3rd Fallout title made by Bethesda Games Studio. It is the 1st Fallout game to allow multiplayer and that multiplayer is the central focus of the game. As with all Fallout games, you are placed in a post-apocalyptic wasteland tasked with scavenging, questing and looting to survive and thrive in the nuclear wastes. The familiar tongue-in-cheek cold war aesthetics can be seen throughout the game, from the soundtrack to the look and feel of the game world, this what you would expect from a Fallout game.

The gameplay is clunky, which isn’t really anything new for a Fallout game, and that clunkiness is further accentuated by the online nature of the game. That being said, the many server glitches have been remedied in recent months and the game is now in a relatively stable state to play and fight irradiated mutants throughout the wasteland with your friends. This game is at it’s best when playing with others. Even if you don’t have friends that already own the game, fear not, you can run across other players in the wasteland to play with. And if playing with people isn’t your thing, you can run it solo just like any other Fallout game and just ignore other players when you come across them. The game is very versatile and customizable in terms of the experience that you as a player want to get out of it.

You can focus on making settlements that you get to build and customize to your liking, you can focus on questing throughout the wastelands like in any other Fallout RPG, you can focus on getting nuclear launch codes and destroying a section of your server with it, or you can even focus on the photo mode and become a photographer for the West Virginia wasteland. There are tones of options in terms of variable gameplay for you as a player to experience and the game is largely about what you make of it. After the months of updates and fixes, I think Fallout 76 is in a state where players can now start really enjoying the game without having to worry about it crashing every 15 minutes.

If this sounds interesting to you, feel free to swing by the Davenport Public Library where we have Fallout 76 available on both PS4 and Xbox One!