The public has always had a fascination with multiple births. Television shows, movies, books, and news articles exist to help satisfy the public’s curiosity. The Quintland Sisters by Shelley Wood is based on the real-life story of the Dionne Quintuplets who were born in Northern Ontario in 1934. While certainly some parts of this story are fictionalized, I did some digging and found that the majority of the story presented, the historical reporting included, is true. I encourage you readers to look into the story of the Dionne Quintuplets when you have finished this book to learn more.

The Quintland Sisters tells the story of the world’s first recorded quintuplets to survive infancy. Another interesting fact? The Dionne quintuplets were all girls! Born at least two months premature on May 28th, 1934, Annette, Emilie, Yvonne, Cecile, and Marie entered into a world where no one thought they would survive the night. The quintuplets were born on a small farm in the village of Corbeil in northern Ontario, Canada, to Elzira and Oliva Dionne who were already parents to five other children. Present from the moment of birth is Emma Trimpany, a 17 year old assistant to the midwife. Uneasy about being there in the first place, Emma helps to care for the newborns while hoping that they survive the night. Disagreements arise from the moment of their birth between their parents, the doctors, and the government over everything from who is allowed to see the children, who is their legal guardian, and whether or not money should be made from the girls being alive.

After the government removes the children from their parents’ care, Emma decides to sign on as their nurse. The quintuplets are now wards of the British King. Now that the government has custody of the quints, tourism and advertising continues to skyrocket. More than 6,000 visitors a day descend upon Quintland to watch the quints play, buy anything touristy, and take a quint stone for fertility luck. While the rest of the world sees the quintuplets as 100% identical, Emma uses her artistic eye to notice the unique differences that allow those closest to the quints to tell them apart. Deciding to keep a record of her time with the quintuplets, Emma records every event and sketches those around her in her private journal.

As the quintuplets get older, the animosity between their parents and the doctors/government continues to grow. As they fight over custody and revenue gained from the quintuplets, Emma struggles to decide whether to stay in Quintland with the girls or to go out into the bigger world. Emma’s world may revolve around the quints, but her family and friends decide to move out into the world to do other things. Everything surrounding the quintuplets and their enclosed world comes to a head and Emma must figure out what to do. This novel may focus on an uncommon, but true, story, but the major themes of heartbreak, resilience, love, and family are all wrapped up in a coming-of-age story relatable to people from all walks of life. 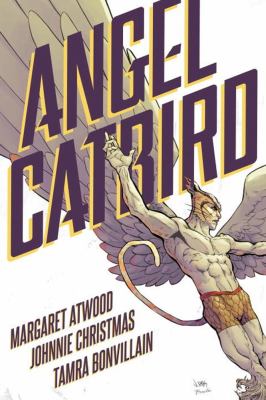 Angel Catbird is author Margaret Atwood’s first official foray into graphic novels. In the book’s preface, Atwood tells readers about her life and her journey to the creation of Angel Catbird. She talks about her love of drawing and how she has loved comics in their varying forms. Atwood also talks about how Angel Catbird has a science and conservation side to it. Nature Canada and CatsandBirds.ca has included facts and statistics about birds and cats in banners throughout the book.

Angel Catbird tells the story of Strig Feleedus, a young genetic engineer, who was headhunted by a major company to help figure out and finish a secret project. He figures out the hole in the project, fixes it, and is on his way to meet his boss when he, his cat, and an owl are hit by a car. Feleedus is accidentally mutated by his own experiment, which results in his DNA being merged with a cat and an owl. He becomes Angel Catbird! This experiment is wanted for use by a nefarious person, Feleedus’ half-rat boss, and Feleedus soon discovers that he in not the only human who has either had his DNA mutated or was born with mutated DNA. Sinister plots are discovered and Feleedus and company must work together to save themselves and the people around them.

Animal puns galore run throughout this graphic novel. I wasn’t sure what to expect when reading this, but I was pleasantly surprised. Angel Catbird becomes an unlikely superhero whose adventures are not at all what I was expecting.

Atwood is also the author of The Handmaid’s Tale, a dystopian novel that she wrote in 1985 that is being made into a television series starring many famous actors. The series will be released on Hulu on April 26, 2017. Talk about the show has been blowing up all over social media with the trailer garnering much speculation and excited responses from fans the world over. Want to watch the trailer? Hulu just released it and it’s haunting. I can’t wait to watch it.

Margaret Atwood has written many, many novels, pieces of short fiction, children’s books, one graphic novel, works of poetry, nonfiction, television scripts, radio scripts, has done recordings, edited works, and even wrote a play. She’s widely known and people flock to her work. Her work has been translated, so far, into more than 25 different languages. Her critical articles and reviews have appeared in newspapers and magazines all over the world. If you’ve never read anything by Atwood, I highly recommend you check her out. If you’re already familiar with her, try reading your favorite again or maybe pick up a new-to-you piece.

Want to try something by Atwood? I highly recommend you check out her website (http://margaretatwood.ca/). It’s fabulous! This site is very easy to navigate with a full bibliography, a section with interviews, and a section for works about Atwood herself. It’s one of the best author website I have seen.

Bad Behavior has blocked 1595 access attempts in the last 7 days.