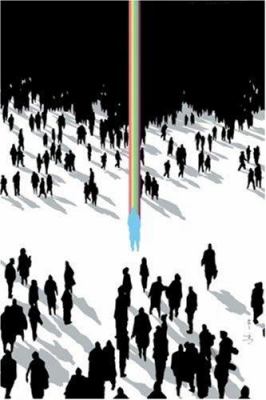 What if you had lived your whole life hiding from memories of your past; terrible, horrible memories that you’d blocked from your mind? What if you had secrets you wanted no one else to know, be they good or bad?

What if all of a sudden someone else knew all your secrets, all your previous actions, and thought those memories were actually theirs? What would you do?

All of the above scenarios happen in Mike Carey’s graphic novel, Faker. In Faker, readers follow the lives of five college students: Yvonne, Marky, Sack, Jessie, and Nick. Jessie shows up a few days before the semester begins to meet with teachers and get everything sorted before the semester begins. After all of her friends show up and the house has been reunited, they decide to head out and party. Yvonne, Marky, Sack, and Jessie end up drinking in one of the science labs in the college with Marky mixing up drinks for them. Soon they all end up violently ill, throwing up everywhere, and passing out until morning when Nick finds them all incoherent on the floor. Thinking they are just hung over, all four go on with their lives.

Things quickly start to escalate out of control when people start not to recognize Nick. People that knew Nick from last year, people he worked with, people he even hooked up with have no clue who he is. Nick also seems to have access to memories that aren’t actually his. Everyone in the group starts throwing around ideas about what could actually be wrong with Nick, while some decide to do their own investigations. This graphic novel is a psychological horror story involving memory drugs, pharmaceutical labs, government conspiracies, and the strength of friendship as all hell breaks loose when no one knows what the truth really is. The beginning of Faker had a bit of a slow start for me, but toward the middle and definitely at the end, I was thoroughly hooked in the story and the conspiracy that was threaded through everything.