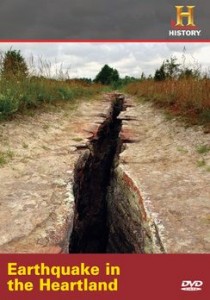 Earthquake in the Heartland hits the closest to home. This History Channel show focuses on the New Madrid fault in Missouri that threatens the midwest and southeast. In 1811 and 12, an earthquake actually caused the Mississippi River to flow backwards. There were multiple tremors that probably reached 8 on the Richter scale.

Earthquake Storms is a Discovery Channel program that addresses the tendency toward multiple earthquakes occurring in a short period of time, in particular the effect this would have on a large city.

Nature Unleashed: Earthquake /Avalanche The first movie in this set  turns out to be  timely. An American engineer goes to Russia to inspect a nuclear power plant. While he’s there, a huge earthquake occurs that cripples the plant and threatens a meltdown. The engineer and  his ex-wife who works at the facility race to save their daughter who is caught in a subway. As part of the disaster movie genre, it’s not bad.

Bad Behavior has blocked 1318 access attempts in the last 7 days.