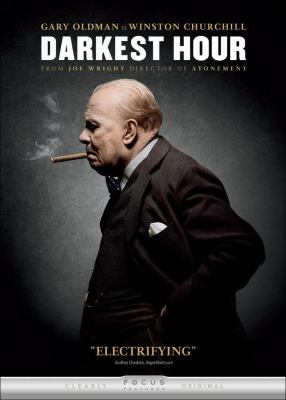 Darkest Hour follows Winston Churchill’s early days as England’s Prime Minister, as he battles doubts (his own, those of the politicians and even the King) and leads England into it’s great trial yet.

Europe has fallen to the Nazi invasion, nearly the entirety of the British Army is trapped at Dunkirk and America remains neutral. England stands alone. Should Churchill sue for peace and try to come to terms with Hitler, or fight what seems an impossible war? The politicians around him want to negotiate, feeling that they are in a better position now than if England falls. To fight German will come at great cost – is Churchill willing to shoulder that burden?

Gary Oldman, as Churchill, is masterful. He delivers some of Churchill’s best lines (“We will fight on the beaches. We will fight on the landing grounds….We shall never surrender.” and “I have nothing to offer but blood, toil, tears and sweat.”) with assurance and drama that matches the serious situations. Physically, Oldman does not particularly look like Churchilll, but he captures his quirks, gestures, mannerisms and voice unerringly.

The film does take a few liberties, and fudges a couple of dates, but the overall atmosphere – of England united against a great evil – feels very real. A great choice for fans of World War II history.