The neverending debate of “which is better, the book or the movie?” continues with the recent release of the movie The Help. Based on Kathryn Stockett’s bestselling novel, the movie has a lot to live up to. 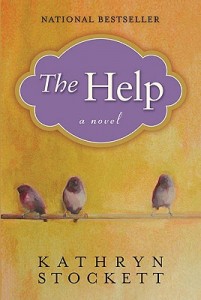 Published in 2009, The Help received excellent reviews but started off fairly quietly. It soon became a sleeper hit – it’s been on the New York Times bestseller list for over 100 weeks and is easily the most requested title at the library these days.

The novel is told from the the point-of-view of three narrators relating the story of African-American maids working for white families in the Jackson, Mississippi in 1962. The characters are real and complex, their stories are heartbreaking and funny, and the dangers they face are life threatening. I read the book before it really took off and blogged about it here. It’s still one of my favorite books. 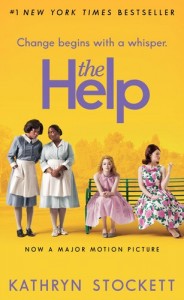 The movie opened just last week and stars Viola Davis, Emma Stone and Octavia Spencer. There has been a fair amount of controversy about the making of this movie – Stockett’s longtime best friend Tate Taylor adapted and directed the film, even though he has directed only a couple of small films previously; there was talk that he wouldn’t be able to handle a big, important movie. Never fear, the movie is beautifully done with several Oscar-worthy performances, and settings that  transport you to the Deep South of the 1960s. Just like the book, you’ll laugh and cry and be inspired by these courageous women. (Although the movie is several months from coming out on DVD, you can be assured that the Davenport Library will purchase multiple copies when it’s available!)

My recommendation? Read the book AND see the movie. 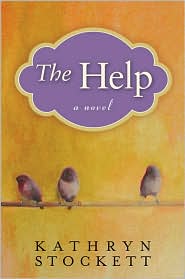 Fresh from college with no prospects (marriage or job), Eugenia (“Skeeter”) Phelan returns to her parent’s comfortable home in Jackson, Mississippi. Skeeter desperately wants to break out of the roles that are expected of her – marriage, children, the country club – and become a writer.

Aibileen, a black maid, has had 17 children, that is, she’s raised 17 white babies for the families she’s worked for. The loss of her own son while his white bosses looked the other way has caused her to view the world she’s always taken for granted and unchangeable with new eyes.

Her best friend Minny is the best cook in the county but because she can’t hold her tongue and keeps mouthing off at her employers, she’s always looking for a new job. At home she struggles to raise her children and cope with an abusive husband.

On the advice of a New York book editor, Skeeter decides to write about black domestics and their relationships with their white employers by talking first to Aibileen, then Minny. This turns out to be a dangerous project – it’s 1962, Jim Crow laws are in full effect in the Deep South and the Civil Rights movement is stirring up strong emotions. Skeeter is ostracized by her friends and Aibileen and Minny fear for their safety (Medgar Evers was gunned down in their neighborhood during this time) These three women, with so little in common, find themselves sharing their stories, their fears and their hopes. Together they create a grassroots change in their own homes and neighborhoods.

The Help is an amazing book with characters that you care for, authentic dialogue and a real sense of time and place. The tension builds as each woman puts herself at risk and there is sadness and hardship, but there is also friendship and laughter and hope for a better world.