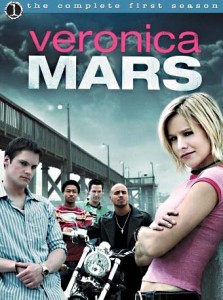 One of my all-time favorite shows that was canceled too soon, Veronica Mars deserved to go on much longer than three seasons.  The show is about high school student Veronica Mars, who juggles classes with working at Mars Investigations, her father Keith’s private detective agency.    Keith Mars used to be the sheriff of Neptune, California until scandal hit the small town: Veronica’s best friend, rich and beautiful Lily Kane, was murdered.  After Keith accused Lily’s father, powerful businessman Jake Kane, Keith was removed from office and he and Veronica became the town outcasts.  Veronica and her dad work together to solve a different mystery every week at Mars Investigations, but the two work all season long to discover what really happened to Lily Kane and bring the killer to justice. 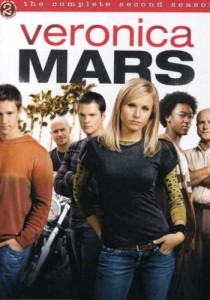 If you like mystery, drama, and intrigue, you’ll love this show.  Yes it’s about high school, but it has a film noir feel to it and is pretty serious as opposed to a typical teen show.  There is, however, plenty of humor involved; Veronica has a very snarky sense of humor that really appeals to me.  And of course, there’s a love story, as Veronica used to date Lily’s brother Duncan until he mysteriously broke up with her before Lily’s murder.  But one of my favorite things about the show was the relationship between Veronica and her dad.  It was just the two of them after Veronica’s mom skipped town, and they have one of those amazing father-daughter relationships that every viewer has to be jealous of.  I highly recommend giving this show a try, it really has something for everyone!  Stop by the library today to pick up seasons one, two, and three.

Bad Behavior has blocked 1361 access attempts in the last 7 days.