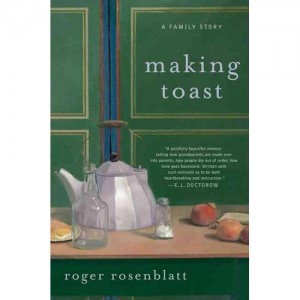 When Roger Rosenblatt’s daughter Amy dies suddenly, he and his wife Ginny, without hesitation, pack up their lives and move into her house to help care for her three small children. Making Toast is a record of that time – of the grief and sadness, but also of learning to laugh again.

Amy died from an asymptomatic heart condition at the age of 38. Her sudden and unexpected loss ripped a hole in the community of family and friends whose lives Amy had touched. Rosenblatt realizes that he learns more about his daughter – her selflessness, her humor, her generosity – after her death than he did while she was alive. He struggles not only with his own overpowering grief and anger, but also that of his grandchildren who each cope differently, his stoic son-in-law, his wife who must now step into Amy’s footsteps, his adult sons, his many friends. He finds solace in the mundane – reading stories, helping with schoolwork, making toast to order. Gradually, they all learn that while cannot escape the terrible loss, they can learn to live with it and to continue.

Written as a loose collection of essays, anecdotes and remembrances,  this small book is an eloquent and understated  study on finding the extraordinary in the ordinary, the coming to terms with terrible loss and a fitting tribute to a life that made a difference. 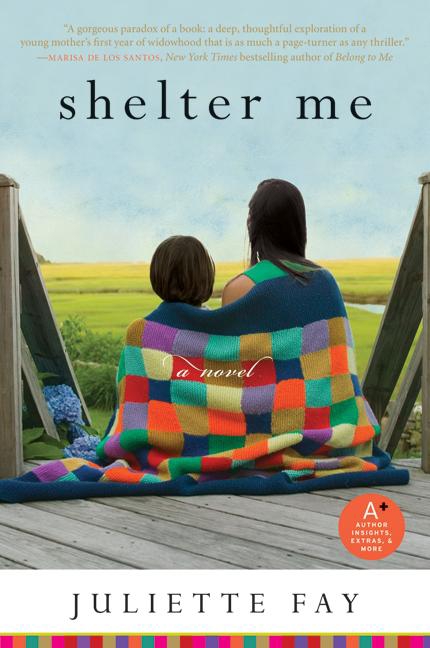 Three months have passed since Janie’s husband was killed in an accident. She is still awash in grief, barely able to function, struggling to get herself and her two small children through each day when a contractor shows up at her house, ready to build the porch her husband had secrectly planned as a surprise for her.

Over the following months Janie finds strength and solace and even laughter from unlikely sources – her annoying, talkative Aunt, the shy, awkward priest, a neighbor she has nothing in common with, even the contractor who becomes a daily, calming presence in their lives. Slowly the pain lessens and Janie learns that moving on does not mean forgetting the past.

Shelter Me by Juliette Fay is a sometimes heartbreaking, sometimes laugh-out-loud funny story of how one family puts itself back together after unimaginable tragedy. The writing is compelling – it’s very hard to put this book down – and the characters so real that they will stay with you long after you finish.