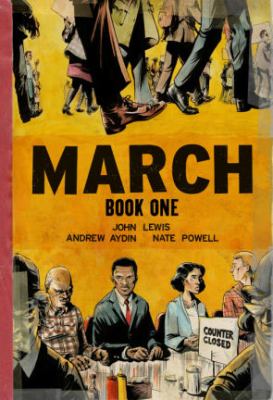 In 1958, the pacifist organization Fellowship of Reconciliation released a comic book to help promote the bus boycott and recruit new activists called Martin Luther King and the Montgomery Story. The comic book introduced potential protesters to the Montgomery Method, a method of resistance that was adapted from the peaceful protest methods of Mahatma Gandhi and focused on taking the moral and spiritual high ground in every encounter.

With this important comic book as inspiration, U.S. Congressman John Lewis, along with congressional aide Andrew Aydin and illustrator Nate Powell (The Silence of Our Friends), has produced a stunning and important introduction to the civil rights movement and the Montgomery method. March Book One is the first book in a three part series that highlights the remarkable life of a man that was the youngest speaker at the 1963 March on Washington.

Powell’s black and white pen illustrations are fluid, easy to follow, and highlight the importance in the text.  Powell has a real talent in using light and shadow to convey mood, and his style feels modern while still hinting at the classic comic book style in  Martin Luther King and the Montgomery Story. The comic book format lends itself to Lewis’ talent for oral storytelling, and would make a great introduction to a civil rights movement icon for young people and adults. 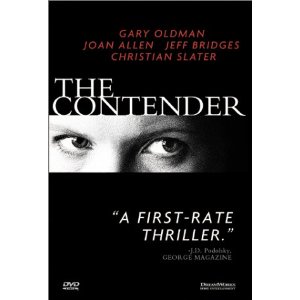 Oldman’s character, this time, is the polar opposite of Smiley. Congressman Shelley Runyon, is malevolently and unappetizingly evil. Even the way he eats bloody steaks (and talks with his mouth full) is disgusting. 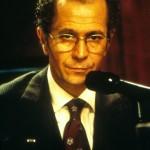 He abuses his power as the head of the judiciary committee with a ruthless relish. Hearings to confirm a vice presidential nominee (Joan Allen) serve as a vehicle for Runyon to retaliate against the president and, if the career of Senator Laine Hanson (Allen) is ruined, that’s just collateral damage. This is a darker, more disturbing version of The American President. However, a marvelously inspirational closing speech by the president (Jeff Bridges) provides catharsis and hope.