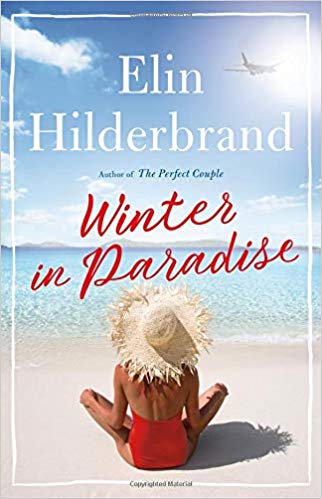 Elin Hilderbrand’s books are the perfect combination of complex drama and noteworthy characters.  Her latest book, Winter in Paradise, is the first book in a planned three-part series.  At the beginning of the novel, we meet Irene Steel on a cold and snowy New Year’s in Iowa City.  Patiently waiting for her husband, Russ, to return from his business trip, she decides to meet a friend for an early dinner.  Irene’s world is turned upside down later that evening when she receives a cryptic phone call telling her that her husband has been killed in the Caribbean island of St. John in a helicopter crash.

Irene is blindsided with the news of her husband’s  unexpected death.  Not only did she think her husband was only a few states away for work, she had no idea why he would be on a small island in the Caribbean.  Irene, along with her two grown sons Baker and Cash, gather from across the country and make their way to the island to make the necessary arrangements.

Upon their arrival, Irene and her sons begin to learn the magnitude of Russ’ deception and delve unwillingly into his secret life.  The pieces of the puzzle all start to come together when the trio befriends various residents of the island and learn more about the husband and father that they thought they knew.  Along with the ripple effect of his death, the three must come to terms with secrets in their past too.  Just when the reader comes to end of the book, another exposed secret throws everything into a state of flux, setting the stage for the next book in the trilogy.  With the cliffhanger at the end of Winter in Paradise, I am anxiously awaiting book two in the series, which will hopefully be released this year! 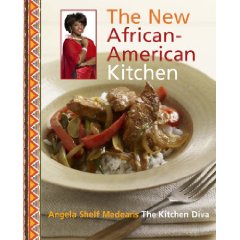 Focusing on the various cultural traditions that have influenced modern African-American cuisine, Angela Shelf Medearis’ The New African-American Kitchen will have you heading for the kitchen in no time. Known as “The Kitchen Diva” on her PBS cooking show, Medearis sprinkles historical information and quotes throughout the book, making it as entertaining to read as it is to cook from.

Recipes begin in Africa, then travel to the Caribbean and then to slave kitchens where the ingenuity and skill forged by the hardships and conditions of each situation have help create the unique dishes of modern African-American dishes.

Medearis also includes a chapter on healthy eating, aimed at providing delicious recipes for diabetics (more than 3 million African-Americans have some type of diabetes) and one with recipes for African-American holidays such as Juneteenth and Kwanzaa. Emphasis throughout is on healthy, organic ingredients, simple preparation techniques and the joy of sharing good food with family and friends.